“This deal has always been about devices, not data, and we've been clear since the beginning that we will protect Fitbit users' privacy.” 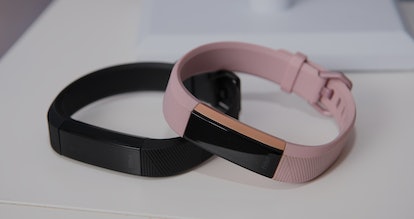 It’s official: Google owns Fitbit and all of the company’s data. Both Google and Fitbit posted announcements online about the completed acquisition, a process that’s taken more than a year to finalize. The statements both focus heavily on reassuring customers that the Fitbit experience will be largely unchanged by the finalization.

Fitbit has long been a pioneer in the wearable fitness industry; the company brought workout watches to the mainstream long before the Apple Watch had even been conceived. Google’s own Wear OS line never really took off in the way the company hoped — so the $2.1 billion acquisition of Fitbit was a highly strategic move with massive implications for Google’s fitness empire.

Despite both companies being agreeable to the 10-figure deal, the success of the acquisition stood on shaky ground for the vast majority of 2020. Google has been — and still is — facing mounting scrutiny from anti-trust watchdogs around the world.

Your data’s fine, Google says — Among the top concerns with Google’s Fitbit acquisition is the loads of health data that come along with the deal. These concerns aren’t unfounded; Google has a storied history with using health data in inappropriate ways, having been caught not once but twice collecting and utilizing health data from patients without explicit consent. And, oh yeah, Google’s response was that all that underhanded data-collection was totally legal.

So it only makes sense that Google would take a defensive stance in today’s announcement.

“We worked with global regulators on an approach which safeguards consumers’ privacy expectations, including a series of binding commitments that confirm Fitbit users’ health and wellness data won’t be used for Google ads and this data will be separated from other Google ads data,” the company writes. “These commitments will be implemented globally so that all consumers can benefit from them. We’ll also continue to work with regulators around the world so that they can be assured that we are living up to these commitments.”

Still the empire grows — Google, along with other Big Tech companies, are being investigated for years of anticompetitive business practices; in Google’s case, that includes “an unlawful web of exclusionary and interlocking business agreements that shut out competitors,” according to the Department of Justice.

The European Union was skeptical enough of the Fitbit acquisition to call for a full antitrust investigation of the deal. That probe ended in the EU’s stamp of approval — thanks mostly to some concessions on Google’s part, such as pledging equal third-party access to Fitbit’s health data and promising not to use any health data to further its advertisement and search empire.

Today Google’s domain expands once again, but government watchdogs are still keeping a close eye on the company’s potential for illegal monopolization. The Justice Department’s antitrust lawsuit is still very much ongoing. Enjoy that internet supremacy while you still can, Google.