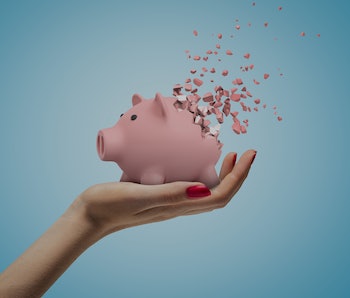 Google has entered a tense and rather confusing ad platform controversy with ZeroHedge and The Federalist. According to The Verge, the company has banned ZeroHedge from its ad platform for failing to delete racist comments on its misleading protest-related articles. But the company has since reversed the same decision for The Federalist as the website deleted such remarks from its website threads. On Twitter, however, Google's communications account asserted that "The Federalist was never demonetized."

It seems to be a case of mixed messages. A spokesperson for Google told NBC News, "We have strict publisher policies that govern the content ads can run on and explicitly prohibit derogatory content that promotes hatred, intolerance, violence or discrimination based on race from monetizing."

"When a page or site violates our policies, we take action. In this case, we’ve removed both sites’ ability to monetize with Google," Google's spokesperson added. Tech backlash isn't new for the likes of ZeroHedge or The Federalist. The latter, for example, once ran a now-removed harebrained theory on Twitter: "controlled voluntary infection" to battle COVID-19. In other words, none of this is shocking.

How we got here — According to NBC News, Google was made aware of both ZeroHedge and The Federalist through an alert sent by the British-based Center for Countering Digital Hate, which noted that these websites would make millions off of their misleading Black Lives Matter reports.

According to the center, both ZeroHedge and The Federalist were found publishing conspiratorial and racist content about the Black Lives Matter protests that have taken place not only across the United States but the world. ZeroHedge published an article that baselessly claimed the protests were staged whereas The Federalist ran a piece collectively dubbing the media as dishonest about looting and rioting reports. On Twitter, AdWeek reporter Scott Nover noted that a Google spokesperson said the websites would have a chance to remedy their actions.

You're not special — In certain corners of the web, some people can be heard complaining about a supposed anti-conservative bias in the tech world. It's a complaint that has reached Capitol Hill as well. Despite reports that Google apparently iced a diversity program to soothe conservatives and the fact that the United States Court of Appeals found that Facebook and Twitter don't really crush conservative content, right-wingers have habitually aired their persecution complex online.

It's worth keeping in mind that Google constantly tweaks and executes on behalf of its ad policy. It routinely yanks publishers from its ad platform. In 2017 alone, Google banned at least 200 publishers to battle misleading and inaccurate news. ZeroHedge and The Federalist along with their comment sections are not unique targets.

The development, which appears to be ongoing, has yet to elicit a comment from either website. But it's a topic that is bound to generate heated discussion online and offline. It's already gone viral on Twitter, for example. Clearly, it's a circle of hell that never truly ends.