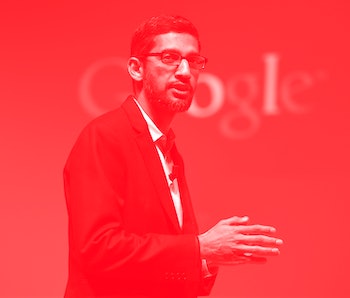 Months after Sonos filed a pretty damning lawsuit against Google and its parent company Alphabet, Google has entered the arena with the big guns and filed a countersuit against Sonos.

Both tech companies share something in common: their reason for going to court, per AppleInsider. Both companies have accused each other of patent infringement and both companies deny any wrongdoing involving intellectual property theft.

Here's the deal — Google has made three specific demands in its countersuit.

This could get ugly (for Sonos) — According to AppleInsider, Google has "reluctantly" pursued the legal route to thwart Sonos' attack, noting that it was "reluctantly defending" itself by asserting its intellectual property rights. The lawsuit involves certain features including noise and echo-canceling, personalized search entries, and networking. "While Google rarely sues other companies for patent infringement, it must assert its intellectual property rights here," the lawsuit states.

Even prior to filing this countersuit, Google rejected Sonos' claims and noted earlier in 2020, "Sonos has made misleading statements about our history of working together." The company added, "Our technology and devices were designed independently. We deny their claims vigorously, and will be defending against them." That defense has taken a heightened pitch now.

The complaint, which was filed in the United States District Court for the Northern District of California, is bound to lead to a brutal and ferocious fight between Google — which is an industry goliath — and Sonos, which is impressive in its own right but nowhere near the Alphabet behemoth.

At the core of this legal battle lies the perennial issue of Big Tech's monopoly on the marketplace. If Sonos loses, it'll simply confirm critics' worries about competitive practices and violations plaguing them. But if Sonos wins — and that's a big "if" — smaller companies might start feeling a bit more optimistic about their future — and success — in the vicious and oft-unfair tech sector.