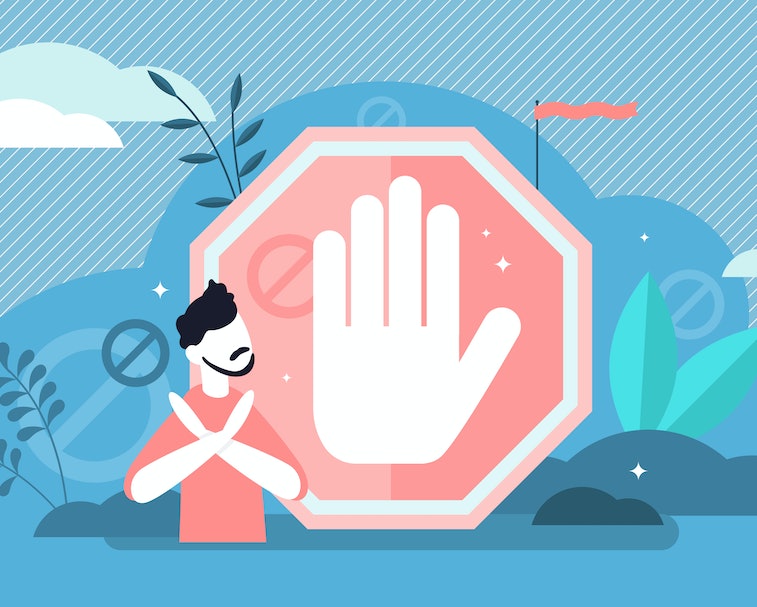 Ad blackouts from both Facebook and Google continue without official word from either company about when exactly they will end. According to the Financial Times, Facebook and Google appear to have extended their bans on political advertising, which is eliciting criticism from both sides of the political aisle. But given the sitting president's refusal to accept his fate, we can't really blame the tech giants for their decision.

Both companies had their own plans for curbing political ads in the week that led up to the 2020 presidential election that took place on November 3. Facebook didn't accept new ads from political candidates for the last week before the vote in order to cut down on misinformation. It also implemented its own range of fact-checking procedures and removed groups and pages affiliated with the far-right conspiratorial movement known as QAnon. The strategy admittedly came at the eleventh hour and it was evident that Facebook workers weren't too happy with the election preparation. In fact, a survey of 49,000 employees indicated that only 49 percent of the workforce thought Facebook had a positive effect on the world, including the United States.

Meanwhile, Google announced that it would ban political ads for at least a week after the presidential election. Google has since said that it plans to evaluate the need for the ban on a weekly basis while Facebook's internal email to advertisers, viewed by the Financial Times, advises companies that they should "expect this temporary pause to last another month." In other words, until the electoral college votes have been finalized and ratified, and Trump has either conceded or been appropriately muzzled by the Republican Party.

How we got here — Prior to the U.S. election, social media networks had a variety of possible and potentially devastating doomsday scenarios mapped out. This is likely one of them. Donald Trump has refused to concede to his rival Joe Biden and continues to stack key posts with loyalists ahead of what some are calling plans for a coup. The soon-to-be-former president, who appears to have no interest in protecting his legacy, continues to claim without evidence that the proceedings of last week amount to a "stolen election." And despite Facebook's announcement that it would do everything to stop misinformation, "Stop The Steal" and related groups and pages have had little difficulty propagating on Mark Zuckerberg's service.

It makes sense that Facebook and Google are approaching post-election chaos with more fluidity and flexible strategies than was hinted at before people took to the polls. Without putting a rigid deadline on their political ad bans, these two companies may be able to reduce the reach of hoaxes, conspiracies, and polarized content. At least, those from paying customers, like political parties.