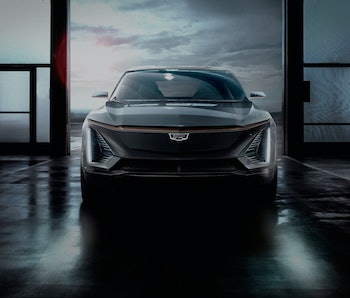 General Motors announced earlier this week that it would soon drop support of the Trump administration’s lawsuit seeking to end California’s clean-air automotive standards — a notable change from its previously held stance. The company also said it would be accelerating its electrification plans across brands, with Cadillac potentially becoming an all-electric brand by 2030.

It seems some Cadillac dealers weren’t too happy about that projection. According to Automotive News, dealers might have to put out upwards of $200,000 on the necessary tools, training, and chargers that GM is requiring for the shift.

Cadillac told dealers that, if they aren’t ready to commit to this journey, they should make that known by November 30. As in less-than-a-week-away November 30. That’s not exactly a lot of time to make a potentially business-ending decisions.

It’s obvious from this ultimatum that GM is pretty serious about its all-electric future. That commitment could give the company a much-needed edge over the competition.

What Cadillac says — GM didn’t make this ultimatum blindly. The company is actually dedicated to creating an all-electric future for itself; this warning is proof of that, really.

Mahmoud Samara, vice president of Cadillac North America, said in a statement: “We wanted to move fast and make sure dealers are ready for the acceleration. This is purely an option for those dealers who feel the EV journey is not suitable for them.”

Weeding out the weak links — GM’s ultimatum here is actually something of a power move. The company has made mention in the past that it believes there are too many Cadillac dealers for the size of the brand, according to Electrek.

The impending all-electric takeover has turned into the perfect opportunity to see which of those dealers — there are currently about 880 of them in the U.S. — are loyal enough to the brand’s future to follow through. If a dealer isn’t interested in making a future-forward investment in electric vehicles, Cadillac will settle with that dealer for up to $500,000.

GM’s plans for Cadillac are ambitious, to say the least. Cadillac barely even has any electric vehicles on the road today; the company’s first EV, called the Lyriq, was pushed to a 2023 release slate after being pushed due to COVID-19 setbacks. GM's biggest EV release this year has been the much-hyped return of the Hummer.

GM is definitely gambling with some high-risk stakes here. But if it works out the payoff will be beautiful.