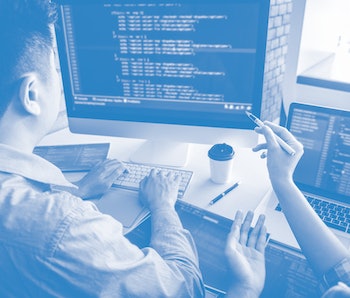 GitHub is looking to replace racially insensitive terms like “master” and “slave” across the website and its documentation, CEO Nat Friedman said over the weekend. The announcement comes as enormous Black Lives Matter protests continue across the United States and the world writ large.

Alternatives for the terms are still up for debate. The company is considering options like “main,” “default,” and “primary” to replace “master,” while “secondary” is looking like a good option for “slave.” Other terms on the list to be revisited include “blacklist” and “whitelist.”

Seemingly minor language changes such as those proposed by GitHub have power that resounds much further than its website’s borders. The more we use racist language in our discussions of technology (and everyday life in general), the further we press institutionalized racism into disparate aspects of society.

Not just GitHub — The movement to remove racism from technology terminology is spreading. Other technology companies are looking to take action in their language practices as well.

The largest company to step up thus far is Google, which has changed the terms used in Android’s programming language. “Whitelist” has become “allowlist,” while “blacklist” has been changed to “blocklist.”

Both the PHPUnit library and the Curl file download utility have stated similar intentions. A software engineer at LinkedIn said on Twitter that he’s in the process of requesting similar language changes at the company.

A movement in its own right — Individual companies taking a stand might not seem like much at all, especially in the face of a problem as far-reaching and deeply embedded as racism. Language, though, is the way we understand the world. A word’s references and intricacies can change the way we think about the world.

This isn’t a new concept in the tech industry; as ZDNet points out, the Drupal project replaced its “master/slave” terminology with “primary/replica” all the way back in 2014. Python and Chromium followed suit not long after, as did Microsoft’s .NET compiler — but then the movement sort of lost steam.

Some might be skeptical of long-lasting change because the project has stalled in the past. But if there’s ever been a perfect time to make seemingly radical changes, it’s now, as long-standing institutions like police forces are thrust into public scrutiny.

Small actions by GitHub and other companies add up; that’s how larger movements get started, after all. There’s never been a better time to reduce the racist language used in our daily lives.