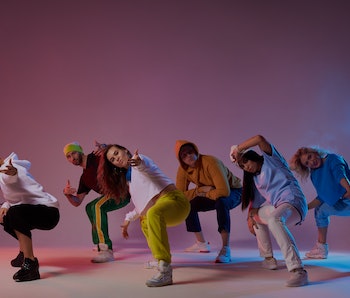 Yesterday, word quickly spread that GameStop (a company already infamous for its impressively shitty treatment of employees) had outdone itself this holiday season with the introduction of a TikTok dance competition featuring a prize package including "extra labor hours" as branch locations stare down 2020's Black Friday sales events amidst an unprecedented, deadly pandemic.

"Be creative, rope in your team, and have fun with it! Don’t worry, you can’t look as bad as the event team does!” read the blog announcement, which included a link to the following YouTube clip (set to an inane "Red Red Wine" remix soundtrack) that has since been ratio'ed into oblivion.

Comments for the "GameStop TikTok Challenge" upload have also been disabled, leading one to believe there were some pretty choice words offered by viewers before the company backpedaled.

Quietly trying to save face— "[Y]ou don’t earn hours anymore for being a top performer or anything you have to win contests to win hours," a post on r/GameStop reads, followed by a commenter summarizing it pretty succinctly. "The prize for winning is that two employees that barely get hours get one more shift one week. That's how I see it at least."

According to the same Reddit thread, GameStop has since quietly removed its competition announcement on Facebook, but not before apparently temporarily banning someone who called out the company on the PR move. Any mention of turning the company's already overworked, underpaid, and pandemic-threatened employees into a bunch of court jesters shilling new gaming consoles appears to have also been removed from GameStop's 2020 Virtual Conference blog.

A history of treating employees terribly— The #redwinechallenge debacle comes after months of tone-deaf and greed-driven decisions from GameStop, including an attempt to brand itself as an "essential business" in hopes of keeping its store locations open during state lockdowns due to the COVID-19 pandemic. Then, in September, the company's $700,000-a-year salary earning CFO, Jim Bell, announced the closing of 100 locations through at least the end of the year. Back in 2019, GameStop found itself the source of additional criticism after announcing that some employees were expected to work on Thanksgiving Day in preparation for Black Friday madness.

We've reached out to both GameStop and its marketing firm, Incisiv, for clarification. In the meantime, maybe it's time to reevaluate how much we really want to keep TikTok alive in the U.S. On the one hand, we shouldn't let a racist, bigoted, chauvinistic (hopefully lame-duck) President decide our social media options, especially one of the only ones that seems to give a damn about combatting misinformation.

On the other hand, well... banning TikTok would give GameStop one less way to be completely and utterly terrible, right? Somehow, we imagine it'd find new and novel ways to surprise and horrify us, though.

Oh, here we go. How about this "Xbox Shrine Contest" offering that's still up on the company blog?