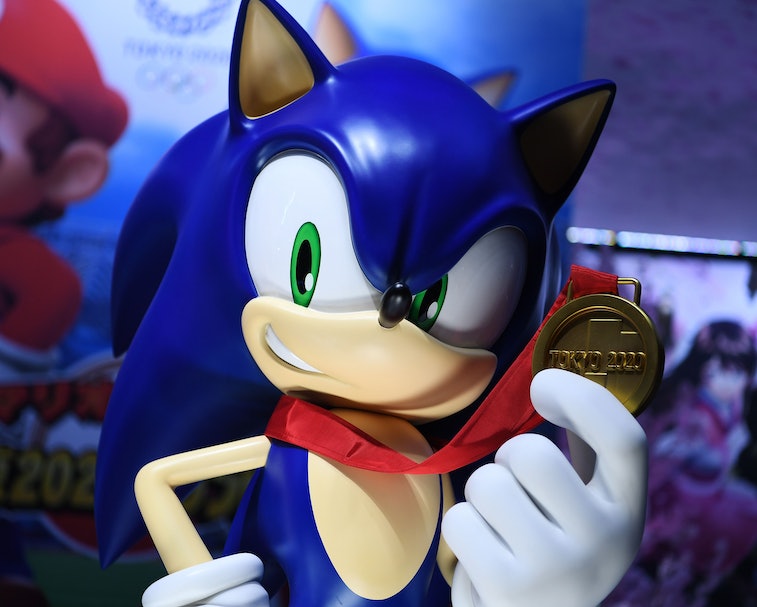 Energy drink company G Fuel's latest flavor is for the real Sonic the Hedgehog fans. The new energy drink is supposed to taste exactly like the Sega mascot’s favorite food: chili dogs. G Fuel calls this the "pinnacle" of its brand's energy mix and "meat-infused technology." The drink is inspired by the Sanic Hegehog meme, which originally appeared on the web in 2010. The front of the fuel tub and the bundle-only shaker bottle, in fact, shows the famous meme from more than a decade ago.

One scoop of this chili dog drink has 15 calories, so if you're diet-conscious but open to weird gastronomic experiences, chug away. Of course, vegan and vegetarian fans of the famous video game protagonist may want to avoid this round — or anyone who’s not passionate about gulping chili dog energy gravy.

You might think we're messing with you given that the publishing date for this is April 1, after all. But we're not kidding. G Fuel states, "Seriously, it's true. If you’ve ever wanted to drink a chili dog from a G FUEL shaker cup, now’s your chance." It’s a temporary opportunity, though, as the offer ends on April 2 at 3:00 p.m. ET.

OK, how do I get it? — Buying a bundle will cost you $39.99 and put you on the brand's waitlist right now. Once June comes around, G Fuel will officially launch the bundle pack which comes with Sanic's Chili Dog tub, a free Sonic's Peach Rings tub, and a shaker cup which is exclusive to the bundle only.

If you're still reading this and not feeling mildly nauseous by the bizarre concept of a chili dog flavored thick energy drink, great. You will have to be a customer in the United States or Canada for this limited time edition Sanic Bundle. If you're planning to chug this Sanic-inspired fuel, we sincerely recommend trying G Fuel's Sonic Peach Ring tub after it. You know, to clear your mouth of that meaty taste.

And if none of this interests you (and we don't blame you either), your time is probably better spent reading a hot and rather well-argued take on why some people seriously believe that Sonic games suck. Or you can just read how one of Input's team members (ahem) decided to make a Sonic the Hedgehog cookie and instead created an unholy demon out of sugar, biscuits, and edible color. Look, I tried.