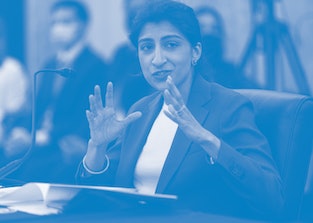 The Federal Trade Commission (FTC) this morning announced penalty violations for more than 700 internet companies for a lack of vigilance in removing fake or misleading reviews from their sites. The list of companies is extensive, with most of Big Tech represented right alongside the likes of Applebee’s, Dunkin’ Donuts, Gamestop, and Johnson & Johnson.

“Fake reviews and other forms of deceptive endorsements cheat consumers and undercut honest businesses,” said Samuel Levine, Director of the FTC’s Bureau of Consumer Protection. “Advertisers will pay a price if they engage in these deceptive practices.”

In its report, the FTC is quick to note that these companies aren’t being charged penalty fees just yet — this is more of a warning to them than anything else. If they don’t clean up their act soon, though, they could face fees of up to $43,792 per violation.

Time for due diligence — The FTC has made it clear in this announcement that the agency is more than ready to go after companies that don’t comply with today’s warning. The agency sees this as a widespread issue that requires immediate attention.

The full notice sent to these companies, which was not made public, includes a list of offenses that fall into the FTC’s category of worrisome practices. These include:

The FTC has created an extensive series of resource guides — and an accompanying FAQ — to guide businesses in reigning in fake reviews.

No one’s safe from the FTC — The list of companies that have been sent this notice is staggering in its breadth. Just about every Big Tech company is listed, but so are major automakers, fast food chains, Monster Energy, Payless ShoeSource… you get the point. It’s a very long list. By adding so many diverse companies here, the FTC is more or less warning all companies in the U.S. that no one is safe from oversight.

Elsewhere, the FTC has made similarly wide-reaching ultimatums. The tech industry has by and large been the subject of the FTC’s ire, as of late, which makes today’s threat of fines come across as all the more significant.