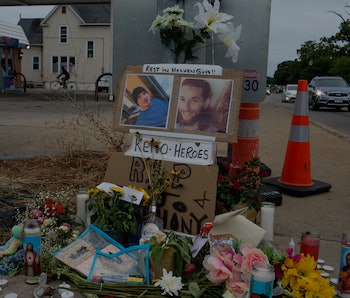 On Wednesday, Muslim Advocates, a civil rights group, released a statement showcasing 11 attempts it’s made over the past five years to get Facebook to address event pages created by hate groups. Most recently, an event linked to the shooting of two people in Kenosha, Wisconsin was reported by private citizens prior to the victim’s deaths. In typical reactionary fashion, Facebook removed two similar Kenosha events, but only after the fact.

Is this thing on? — The five-year timeline begins in 2015 when Jon Ritzheimer targeted the Islamic Community Center of Phoenix with a hate rally using an event page on Facebook that encouraged attendees to bring their guns. The following 10 interactions with Facebook included email correspondence and in-person meetings, but Facebook never acted on any of the civil rights group’s concerns.

“For more than five years, Muslim Advocates has gone to Facebook and warned that the platform’s event pages were being weaponized by militias, white nationalists and hate groups to threaten American Muslims,” Muslim Advocates public advocacy director Scott Simpson said in the statement. “And for more than five years Facebook has failed to stop this because the victims were Muslim.”

Muslim Advocates is part of the 50-organization-strong Change the Terms coalition which has pushed for sweeping policy reform to combat racist threats and other forms of hate speech on Facebook. They, along with Stop Hate for Profit and other civil rights groups, have had multiple unsuccessful meetings with Facebook chief operating officer Sheryl Sandberg regarding the platform’s hate speech policies. Earlier this summer, a two-year civil rights audit was released underscoring the company’s continued string of promises that are loosely enforced, if at all.

Events are toxic too — Facebook Groups and the recommendation algorithm connected to them have long been connected to the rise of hate groups, their ability to organize, and their increased radicalization. These groups also have the power to create event pages targeting marginalized groups and yielding tragic results from Charlottesville, Virginia to Kenosha, Wisconsin.

Though Facebook managed to take down the event in the case of Charlottesville’s Unite the Right rally, the removal occurred only a day before. In August, Mark Zuckerberg claimed the Kenosha Guard Event page remained up due to an operational error, according to BuzzFeed News. The page was flagged 455 times.