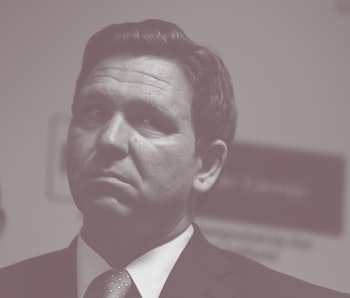 The 11th Circuit court of appeals has upheld an injunction on a Florida social media law that would make it illegal for companies to “censor” users for their political opinions. The now-nixed law is very similar in its aims to a Texas anti-censorship law that was pushed to the Supreme Court last week.

The censorship in question here is being perceived by conservative thinkers, many of whom believe companies like Twitter and Meta have been unfairly blocking their political viewpoints on their respective social media platforms — a theory that has been disproven on more than one occasion.

The same groups that filed for an emergency stay in Texas’s case — the Computer & Communications Industry Association (CCIA) and NetChoice — are responsible for the lawsuit here, too. The court essentially found that Florida’s First Amendment reasoning for the law simply didn’t make sense.

Private actors — Much like the Texas law, Florida’s sought to make it legal for anyone to sue social media companies for unfairly censoring them based on their political views. Lawmakers argued that this kind of moderation amounted to the silencing of free speech, therefore making it unconstitutional.

The court rejected this idea entirely, writing in its decision that social media companies are “private actors” protected by the First Amendment themselves. As such, any content moderation decisions are “protected exercises of editorial judgment.

Some agreement — Though the court disagreed with the fundamentals of Florida’s law, it didn’t block every provision contained therein. One of the court’s biggest hangups dealt with the law’s assertion that social media companies would need to provide a “thorough rationale” for every content decision they make, a process that would put an unnecessary burden on the companies. This, the court argues, would likely present an impediment to First Amendment rights in itself.

However, the court did agree that social media platforms should be more transparent in their policies, thereby making it clearer to users what they might be banned for. This is something social media watchdogs agree with, too.

To the Supreme Court — Florida’s censorship law is dead in the water, but the future of Texas’s take has yet to be decided. Now it’s in the Supreme Court’s hands, thanks to the CCIA and NetChoice.

With the judiciary branch split in its opinions of conservative censorship laws, the Supreme Court’s Texas decision could set precedent for how social media companies are treated in the eyes of the law writ large.