Fight for the Future launches 'How to Stop Facebook' campaign

Evan Greer, director of Fight for the Future. 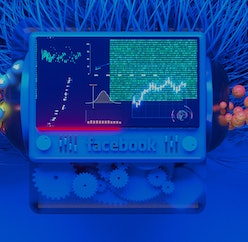 The privacy advocacy non-profit group, Fight for the Future, has announced its latest campaign to improve online life for everyone, and like its past efforts, it’s one we can definitely behind going on the title alone: “How to Stop Facebook.”

“The problem with companies like Facebook and YouTube is not that they host user-generated content, it’s that they use surveillance-driven algorithms to pick and choose what content goes viral and what content no one sees, in order to keep us all on the platform clicking and scrolling to maximize advertising revenue,” says Fight for the Future’s director, Evan Greer.

Their customers are advertisers, not you — While social media users may think platforms like Facebook are specifically catering to them, that is realistically far from the case. “What Facebook and Instagram are offering is not really social media, it’s algorithmic manipulation based on surveillance,” Greer said during a recent interview with BBC News.

To put it bluntly: Facebook doesn’t care about your interests and catering to them, it only cares about keeping your attention by weaponizing said interests in service of revenue dollars.

Partnerships and past campaigns — The non-profit has partnered with over 40 other groups for the project, including the Center for Digital Democracy, National Hispanic Media Coalition, and the Sex Workers Project of the Urban Justice Center, but this is far from the organization’s first campaign.

Recently, Fight for the Future launched its “Ban Facial Recognition in Stores” project, which hopes to... while, you can probably guess. Given the rampant racial biases which plague these security algorithms, it’s vital that legislation is passed to limit how and when these kinds of technology are utilized.

The challenges posed by social media platform algorithms are many, and it’s being made increasingly clear that one of the only ways to truly combat them is to enact strict federal legislation on the issues.