Facebook would rather block all Australian news than pay for it

“We are left with a choice of either removing news entirely or accepting a system that lets publishers charge us for as much content as they want at a price with no clear limits.”

Will Easton, Facebook’s managing director for Australia and New Zealand, in a blog post 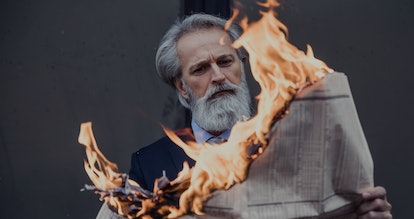 Faced with the prospect of having to pay Australian news outlets for their stories, Facebook is threatening to pull all news from the platform. Will Easton, the company’s managing director for Australia and New Zealand, posted a warning about the drafted legislature on Facebook’s Newsroom blog yesterday evening.

“Australia is drafting a new regulation that misunderstands the dynamics of the internet and will do damage to the very news organizations the government is trying to protect,” the post begins. The announcement was also sent out via a push notification to all global Facebook users.

Easton goes on to explain large changes to Facebook’s terms of service — changes that will allow Facebook to take executive action, up to and including blocking all news content, in order to maintain its business objectives.

The legislation in question has been proposed by the Australian Competition and Consumer Commission (ACCC) and would require Facebook and other news aggregators to pay publishers for their content. It’s the same legislation Google has been fighting against with similarly drastic ultimatums.

Facebook’s threat here is dystopian, even by Facebook standards, and goes directly against CEO Mark Zuckerberg’s long-standing, adamant stance on the platform’s dedication to free speech. It seems Zuckerberg’s argument is only suitable when he doesn’t want to take down hate speech and explicit calls for violence.

Abstract and far-reaching — Perhaps more concerning than Facebook’s unwillingness to pay publishers is how quickly the company revised its policies to line up with its fight against the ACCC.

The change to Facebook’s policies will affect the company’s behavior far beyond just blocking news outlets in Australia. A company spokesperson confirmed that the policy change applies globally — and those changes are sweeping, to say the least.

“We can also remove or restrict access to your content, services or information if we determine that doing so is reasonably necessary to avoid or mitigate adverse legal or regulatory impacts to Facebook,” read the company’s push notification to users.

The language here is purposefully abstract; it essentially allows Facebook to remove any content it thinks might hurt its business. This stands in direct contrast to Mark Zuckerberg’s assertions that Facebook lives and breathes on the concept of free speech.

This is about money — Facebook is very, very greedy. This we already know. But this latest threat makes it abundantly clear, perhaps more than ever before, that Facebook’s priority is to its money and not, as it proclaims, to its users.

“We share the Australian Government’s goal of supporting struggling news organizations,” Easton says in his plea. If this were true, Facebook wouldn’t be fighting tooth and nail against paying those publishers — which is all the draft legislature proposes.

Facebook’s threat to completely remove news from its platform rather than simply pay publishers their due is ludicrous and will cause many headaches moving forward. Between Facebook and Google, it’s clear that tech companies just aren’t willing to pay for the content they carry; they’d much rather just let their users suffer in silence.