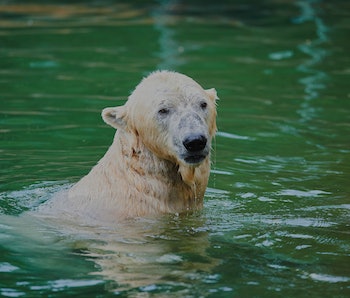 Facebook's Climate Science Information Center is enlisting the services of experts with degrees from Yale, Cambridge, and George Mason University. The company announced on Thursday that it's launching a new information hub tied to this Center to try and debunk myths about climate change and prevent them from proliferating on its platform.

The social network launched the Center to assist it in reaching its own climate change-related goals back in 2019, but then promptly contradicted its own stated mission the following year. So it's hard not to see the move as another bout of lip service and another effort to outsource its responsibilities for the content it houses to third-parties so it can continue to claim neutrality. But then, that's the Facebook way.

After all, this is the same company that this week was found to have misrepresented reach metrics so it could swindle advertisers. Still, think of the polar bears, won't you?

The background — In the past, Facebook has struggled to address its widespread climate change misinformation problem. Anthony Leiserowitz, a scholar at the Yale Program on Climate Change Communication, explained that there's nothing new about fake news, but the internet exacerbates its spread and intensity, especially when there are little to no fact-checking systems in place. You'd think by now Facebook would've realized this applies to much more than just climate change... but here we are.

What it will look like — The information center will soon work for users in Canada, India, Brazil, Belgium, Ireland, Mexico, Indonesia, Nigeria, Spain, Taiwan, South Africa, and other places. At the moment, it is running for Facebook users in the United Kingdom, United States, France, and Germany. Facebook plans to add information labels to content related to climate change which link to legitimate information on the Climate Science Information Center. Here's a look at the hub:

Will this help? — Facebook's climate change information hub is similar to its COVID-19 information center. In both instances, the social media network endeavors to provided vetted information from legitimate sources. Will the effort will pay off? Well, as with most of Facebook's remedial measures, it's certainly better than nothing... even if it's also probably later than it should be.