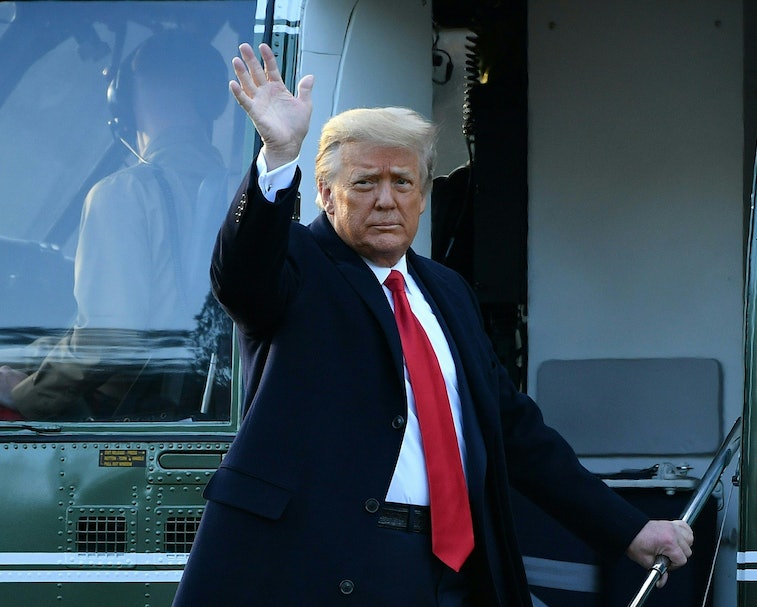 Just days after Facebook indefinitely suspended Donald Trump's account after his followers stormed the Capitol Building, the social media company is now outsourcing an official review of that decision to the Facebook Oversight Board. Vice president of global affairs, Nick Clegg, made the announcement on Thursday. The decision sparked a debate between critics who believe that Trump's incendiary online presence should be curtailed to avoid further discord and free speech supporters who worry that a ban like this sets a dangerous precedent against freedom of expression.

We've previously analyzed the makeup and supposed power of the Oversight Board. Its members come from different professions and parts of the world, and the board is an ostensibly autonomous review panel. Its purpose is to have enough independence to make meaningful moderation decisions beyond Zuckerberg. But a closer look at the nuts and bolts reveals the Facebook CEO still has the final say over the board's rulings. That dispenses with any claims of autonomy. Zuckerberg can simply accept the board's finding he likes and overrule the ones he doesn't. It's pure window dressing and theater.

What happens now? — According to the latest development, the Oversight Board plans to have a five-member panel arrive at a conclusion about Trump's account in the next few days. For the decision to have any weight, majority approval is needed. The board has 90 days to come up with a full analysis and decision. Justifying the indefinite suspension, Clegg wrote:

We believe our decision was necessary and right. Given its significance, we think it is important for the board to review it and reach an independent judgment on whether it should be upheld. While we await the board’s decision, Mr. Trump’s access will remain suspended indefinitely. We look forward to receiving the board’s decision — and we hope, given the clear justification for our actions on January 7, that it will uphold the choices we made.

In the next few days, the Oversight Board will have to evaluate which content from Trump's account violated Facebook's community guidelines. At the same time, the board has to prove that the suspension of the former president's account did not violate international guidelines on free expression and speech. In response to the suspension, Trump page administrators will have to try and persuade the board why the suspension should be ended.

This is where it gets interesting — By outsourcing this decision to the Oversight Board, Zuckerberg is vying to do damage control and rehabilitate Facebook's images somewhat. This is happening after repeated criticism and condemnation from critics who firmly believe that Facebook failed to address its extremist problem, and let Trump spread hate with impunity. Trying to look like it has a conscience now doesn't exactly ring true.