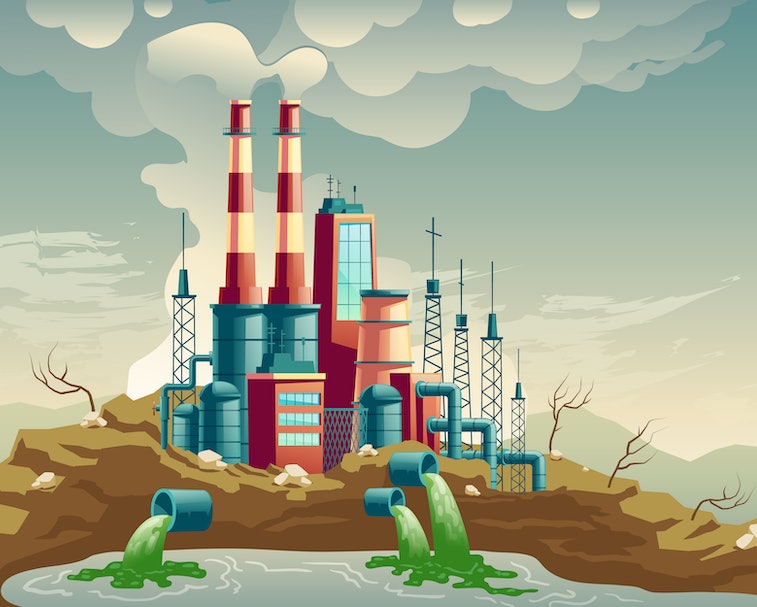 The article, written by Michael Shellenberger and published on The Daily Wire, was deemed “partly false” by fact-checkers. The associated fact-check label, which included a pop-up warning for readers who attempted to share the article, was removed from the article link without explanation.

While most of the criticism surrounding Facebook in recent months has been related to the company’s horrific track record on civil rights and hate speech — especially in its special allowances for political figures — misinformation still runs rampant on the social network. That’s largely thanks to gaping loopholes in the company’s fact-checking policies, especially those around climate change misinformation.

Where’d the label go? — The case of the climate misinformation article from The Daily Wire is, at the surface level, simple: the misinformation label was there one day and gone the next. But the case actually twists and turns through Facebook’s fact-checking ecosystem and its highest-ranking executives.

Shellenberger’s article was deemed “partly false” by Science Feedback, one of Facebook’s fact-checking partners. The fact-check debunked many of the prominent claims in the piece. Fact-checkers took particular issue with Shellenberger’s claims that “climate change is not making natural disasters worse.”

On July 7, the article’s author published an open letter questioning the decision to slap a fact-check label on his article. Shellenberger claimed he was being “censored” by Facebook. Internal documents seen by Popular Information reveal that a special, high-priority task force was assembled on June 8 with the intention of assessing the case. The email chain concludes that Facebook should limit its involvement in the matter given the already-thin ice the company has been treading on in the media.

But at some point, the fact-check label was removed anyway. Facebook policy states that a fact-check rating should only be removed if the fact-checker determines the original rating was incorrect or if the factual errors in the article are corrected. Neither is true in the case of Shellenberger’s article.

Some misinfo is fine — Facebook has taken an unusually strong stance against misinformation spread across its platforms when it comes to the COVID-19 pandemic. The same has not been true for the climate crisis.

Facebook policy communications director Andy Stone told The New York Times that Facebook does not treat climate misinformation the same way as coronavirus misinformation because climate change is not an urgent problem.

“Facebook is most concerned with flagging or removing content that poses an immediate threat to human health and safety, including disinformation about the coronavirus or hate speech that incites violence,” reports The New York Times. “Climate change content, [Stone] said, does not fall within that category.”

Facebook’s assessment of climate change as not urgent is factually incorrect, according to experts.

“As we are all helplessly waiting for antiviral drugs or vaccines to get us through this pandemic, it is worth thinking there will be no vaccine or antiviral drug to bail us out of climate change-driven public health crises,” said Dr. Amir Sapkota of the University of Maryland.

It’s not unusual — The mysterious disappearance of this fact-checking label is disturbing but not out of the ordinary for Facebook. That it’s par for the course is much more concerning than this instance alone.

Facebook continues to assert that it’s powered by free speech — but instances like this prove that, to Facebook, allowing everyone to have a voice means enabling falsehoods to thrive. This attitude toward misinformation is only going to keep getting worse unless the company gets a grip on it, and fast.