Facebook says it's changing its approach to hate speech, but not because we asked

“We are making changes — not for financial reasons or advertiser pressure, but because it is the right thing to do.” 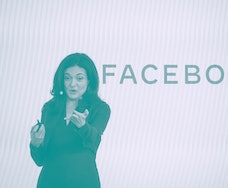 In a public Facebook post Tuesday morning, Facebook’s chief operating officer Sheryl Sandberg writes that the company is ready to make changes to its policies to stop the spread of hate speech and misinformation across the social network. The five-paragraph post is the most we’ve directly heard from Sandberg in reference to the ongoing #StopHateForProfit advertiser boycott.

Sandberg explains in her post that changes being made across Facebook are not because of financial reasons or advertiser pressure — no, it’s because “it is the right thing to do.” The statement falls in line with leaked internal messaging from CEO Mark Zuckerberg, wherein he said the company didn’t want to look weak by bowing to pressure from businesses or the general public.

But Sandberg’s message — like much of the messaging from Facebook around this issue — is confusing. Does Facebook have a hate speech problem, or is it taken care of by the company’s thousands of moderators and AI bots? If Facebook is looking to regain the public’s trust, such mixed messaging doesn’t seem like the best way to do so.

Results pending — In the case of Facebook v. Hate Speech, much is still up in the air. The good news is we should have a better understanding of where it all goes from here in the next few days, according to Sandberg.

A couple of years ago, Facebook grew tired of criticism of civil rights abuses on the network and announced that it had commissioned an independent civil rights audit. The final results of that audit are going to be announced by civil rights experts tomorrow, Sandberg says in her post. It’s unclear what — if anything — we’ll glean from this report that we don’t already know.

Similarly, Sandberg, along with Zuckerberg and CPO Chris Cox, are meeting today with organizers from the Stop Hate For Profit campaign to discuss the movement and what it means for Facebook going forward. The contents of that meeting will be very telling of how Facebook plans to deal with hateful ads in the future.

So is there a problem or isn’t there? — When it comes to hate speech on its platforms, Facebook’s go-to is denial. Sandberg’s words backtrack a little by admitting that there are, indeed, problems afoot at Facebook.

The company has repeatedly denied that hate speech continues to dominate the conversation, attempting to divert attention instead to supposed achievements the company has made in moderating. Facebook even went as far as to publish an entire blog post called “Facebook Does Not Benefit From Hate” — which, if you’ve followed this saga even a little, is an obvious lie.

Sandberg’s messaging here deviates only slightly from Facebook’s previous statements, but it’s a meaningful deviation nonetheless. Sandberg is not denying that there are big problems at Facebook. She’s not lying about the company’s profits. Instead, she’s saying: yes, this is a problem, and it’s one we care about deeply.

Now to stick with it — In closing her post, Sandberg states: “We will continue to listen and learn and work in the weeks, months, and years ahead.” She’s right; this can't just stop at an audit report and a few press statements. Facebook needs to make lasting changes a priority — something the company has long struggled with. Otherwise, it will be clear that Facebook doesn't actually care at all.

It’s obvious that, no matter what Sandberg and Zuckerberg and other executives say on the matter, the Stop Hate For Profit boycott is getting to Facebook — enough so that the company’s COO feels it necessary to state specifically that the changes being made are not due to financial reasons or advertiser pressure.

What Facebook decides to publicly call its reasoning is just semantics. At the end of this war (is there an end to this war?) it only matters that Facebook takes far-reaching executive action against hate speech.