Facebook has been charging Biden double what Trump pays for ads 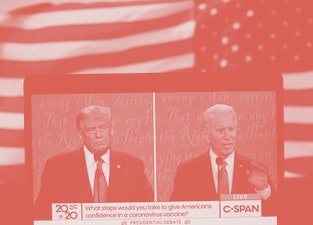 How much more Biden paid Facebook for ads than he would have if given the same rates as Trump.

The Markup also analyzed ads placed by each campaign on a national basis between July 1 and October 13 of this year. In this analysis the price difference is less staggering but still notable: Biden’s campaign paid $25.53 per thousand views to Trump’s $23.09.

Two dollars-and-change might not look like much, but when you take into account the tens of thousands of ads placed by the Biden campaign during this period, he paid approximately $8 million more for his Facebook ads than he would have at Trump’s price.

Facebook is very hush-hush about its pricing system; the exact calculation methods used for ad pricing isn’t made known to potential advertisers or to the public. That lack of transparency makes the company look pretty horrible in cases like this.

Even worse in some cases — If the average price difference wasn’t enough to make your jaw drop, wait until you hear about some of the individual ad differences found in the investigation.

In one case, Donald Trump’s targeted older voters in Arizona with an advertisement stating “The RADICAL Left has taken over Joe Biden and the Democratic Party.” Trump was charged about $14 per thousand impressions, as estimated by The Markup.

To target the same demographic — just a few days later — Facebook charged the Biden campaign an estimated $91 per thousand impressions. That’s more than six times what Trump was charged.

“This article reflects a misunderstanding of how digital advertising works,” a Facebook spokesperson said. “All ads, from all advertisers, compete fairly in the same auction. Ad pricing will vary based on parameters set by the advertiser, such as their targeting and bid strategy.” The spokesperson did not directly refute and of the investigation's findings.

What is it with Facebook and elections? — Facebook would like us to believe its hands-off approach means all’s fair on its platforms. Even a cursory glance at investigations like this one prove that notion false.

Facebook is political. And with more than two billion daily active users, the company’s decisions — even those made by algorithms — have far-reaching consequences. The company says it’s spent tons of cash on preparing its systems for a free and fair election, but it seems like that prep has largely been unsuccessful.

Facebook could save all of us a load of headaches by simply being more transparent in its algorithms and other methodologies. Instead, the company would rather hide its operations with vigor, leaving the public more frustrated with each turn.