Facebook is still being easily exploited by far-right fringe sites 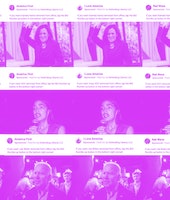 Facebook is losing the battle against misinformation, right-wing political spamming, and algorithmic manipulation according to a — sadly unsurprising — deep dive from Popular.info that centers on the many loophole exploitations of a pro-MAGA website, DC Examiner. If that name doesn’t ring a bell for you, then you are most certainly not alone: The site, run by a Trump operative named Brandon Gill, only first came into existence on January 8, with its inaugural article just published on January 19.

And yet, despite its nascency, DC Examiner somehow managed to garner nearly 2.2 million page engagements on Facebook over the past 10 days — roughly 700,000 more than The Washington Post during that same time period. Once again, this kind of ultra-rightwing propaganda has been allowed to spread profusely thanks to simple exploitations of Facebook’s platform, and it doesn’t look like it’s showing any signs of slowing down, either.

A multi-pronged attack — As Popular.info explains, both Gill and his wife, Danielle D’Souza-Gill (yes, daughter of that D’Souza), actively post to DC Examiner, but their key to success is the massive network of other Facebook pages to amplify their work. Groups like “America First,” “Keep Texas Red,” and “Conservative Americans” all operate essentially as shell pages that almost instantly repost DC Examiner’s content. Often these posts are nearly identical to one another, but that doesn’t really matter. Each of these separate pages still garner tens, if not hundreds, of thousands of hits, thus allowing Gill and his wife to net that much more traffic.

Supposedly against the rules — Of course, this kind of coordinated spamming is allegedly a big no-no, according to Facebook policy. Clearly, however, the company isn’t doing nearly enough to monitor this kind of malicious activity, a failing that’s even more glaring when a clear example can be found in a site that is eclipsing publications like The Washington Post barely a month after debuting.