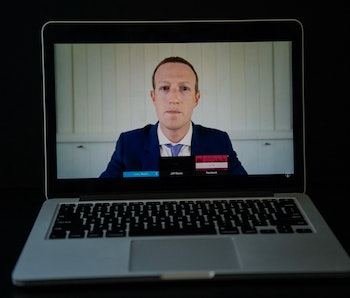 On Wednesday, Facebook announced that its previous on-and-off-again ban on political advertising on its platform is officially ending. Facebook's ban was similar to Google's strategy and came ahead of the presidential election last year with the stated objective to combat misinformation.

Before the ban, Facebook had been happy to accept ads from anyone who’d pay, regardless of the veracity or verifiability of their contents. That included, for instance, letting a Republican senate hopeful from Georgia run ads encouraging people to shoot other people. Then, of course, there were the various misinformation initiatives from the former President’s re-election campaign. But now that the election is over, Facebook — like Texas — is open for business again.

Facebook tries to clarify its stance — Facebook acknowledges that its advertising ban included some mixed messages and inconsistencies. Some advertisers, for example, were able to run their ads while others like the Biden campaign were effectively locked out.

"We’ve heard a lot of feedback about this and learned more about political and electoral ads during this election cycle," Facebook says. "As a result, we plan to use the coming months to take a closer look at how these ads work on our service to see where further changes may be merited."

Facebook’s ban on political ads was confusing from the start. The company said it would allow ads to run in the last week of the 2020 presidential election despite having claimed otherwise previously. After enacting the ban, Facebook temporarily lifted it to run ads aimed at Georgia voters in the middle of December. Google implemented its ban around the same time and then lifted it on December 10. The Facebook rival then reapplied its ban after the Capital riots in early January. It then lifted it again last month. This sort of indecision hasn’t made advertisers' lives any easier, and they’ll doubtless be eager to have Facebook make up its mind, one-way or another.

Slap a disclaimer on — In the future, advertisers will have to qualify for running ads by completing Facebook's authorization process. Advertisers will have to submit ads and agree to carry clear "paid for by" disclaimers. Facebook says that the purpose of this disclaimer is to increase transparency on its network. As for current ads, Facebook explains, "Existing ads will continue to show a delivery error message. Advertisers should submit new ads or edit existing eligible ads (i.e. those that have an end date in the future)."

A 2019 study noted that nearly 70 percent of digital ad expenses go straight to Google and Facebook, so it’s little wonder the company’s various bans upset numerous advertisers. But with few other options, those advertisers had little choice but to bide their time until a resolution was found. It’s a stark reminder of just how much power Google and Facebook have, and a further indication that perhaps that power ought to be curtailed. Even when advertisers tried to boycott Facebook ads to encourage it to address hate-filled content on its platform it merely laughed them off and waited them out. It was only a matter of time before the social network returned to its old ways. After all, there’s no real deterrent to prevent it doing so.