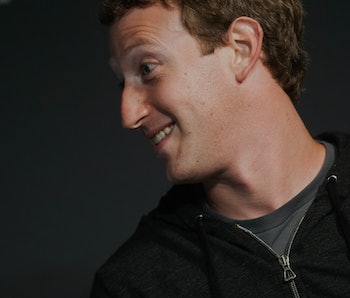 As Australia continues its push towards enacting a major new law that would force tech giants to pay the country's media outlets for using their content, Facebook has decided to preempt the changes by barring all news-related content and sharing within the nation. The draconian measure was announced earlier today via the Facebook Newsroom blog from Will Easton, the Managing Director of Facebook Australia and New Zealand.

Essentially, Facebook is more comfortable with depriving an entire country's worth of customers easy access to current event information than it is with losing any profits over decent compensation for media work. So much for Zuckerberg's commitment to free speech.

Making good on previous threats — Facebook's been threatening to make this sort of move for weeks now. Last month, the company issued a statement warning of a blanket ban on Australian news dissemination within the country should its government continue with its proposed legislation. The official announcement comes less than a day after the Australian House of Representatives passed the bill, with most expecting the Senate to also vote in favor of the new law.

Ripple effects for international audiences — As per Facebook's Newsroom post, the site will use a "combination of technologies to restrict news content, as well as maintain "processes to review any content that was inadvertently removed." Going forward, however, Australian publishers a barred from sharing and posting any content on their Facebook Pages, but will still be able to access other features like Page insights and Creator Studio.

Google goes a different route — Facebook's audacious decision isn't necessarily in step with other tech giants' responses to new Australian media legislation. Google, for example, is working out deals with news publishing companies like Rupert Murdoch's News Corp. after voicing similar opposition to the changes in content distribution, and is expected to sign additional agreements with other major organizations in the weeks to come.

We'll have to wait and see if this move emboldens other nations to follow Australia's lead, or dissuades them from doing so. Either way, you can bet they'll be paying close attention.