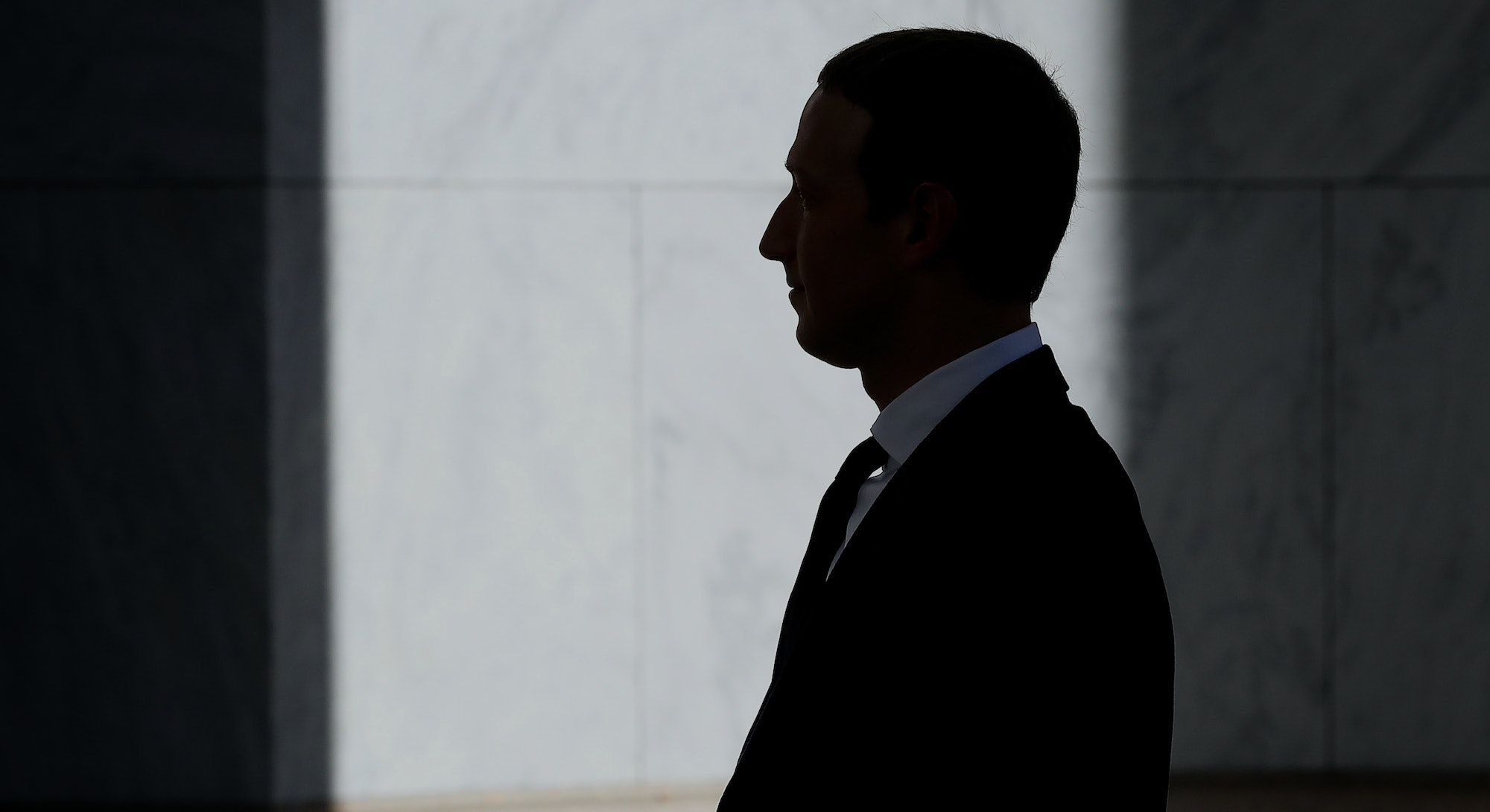 For years, Facebook has defended its unwillingness to properly police misinformation and hate speech from politicians, behind the notion that it doesn't want to be "the arbiter of truth."

That belief is what's allowed people like U.S. President Donald Trump to freely promote fake news and incite violence on Facebook's site, writing posts such as "when the looting starts, the shooting starts" without any consequences. Trump also tweeted the same message, though Twitter took the unusual step of slapping it with a warning label and hiding it from public view (unless a user clicked it), citing that "This tweet violated the Twitter Rules about glorifying violence."

On Facebook, meanwhile, the controversial post from the president remained unchallenged. "I've been struggling with how to respond to the President's tweets and posts all day," said Facebook CEO Mark Zuckerberg in a blog post in May. "Personally, I have a visceral negative reaction to this kind of divisive and inflammatory rhetoric. But I'm responsible for reacting not just in my personal capacity but as the leader of an institution committed to free expression."

Zuckerberg said he knew many people were upset that Facebook chose to leave Trump's post up, which was in reference to the protests over the killing of George Floyd by a Minneapolis police officer. But he added that the company's position was that it "should enable as much expression as possible unless it will cause imminent risk of specific harms or dangers spelled out in clear policies." If Trump's threat to shoot people who were looting stores isn't harmful content, then there's really no telling what Facebook views as problematic or dangerous.

That lack of swift action from Facebook hasn't gone unnoticed, though. Not only by Facebook and Instagram users and the media, but also by the huge corporations that spend hundreds of millions of dollars every year advertising on its platform. That's why companies including The North Face, Patagonia, REI, Levi's, Adidas, Puma, Vans, and many more from a broad range of industries, have joined the "Stop Hate For Profit" campaign, which was started by six civil rights organizations: ADL (the Anti-Defamation League), the NAACP, Sleeping Giants, Color Of Change, Free Press, and Common Sense.

This movement called for companies to pause advertising on Facebook during the month of July, although the ad boycott may extend beyond that if Facebook doesn't change its policies — which, now that its bottom line is affected, the company seems more open to doing.

"The campaign is a response to Facebook’s long history of allowing racist, violent and verifiably false content to run rampant on its platform," the Stop Hate For Profit organizers said in a press release. "The campaign will organize corporate and public pressure to demand Facebook stop generating ad revenue from hateful content, provide more support to people who are targets of racism and hate, and to increase safety for private groups on the platform, among other measures.

In addition to the fashion, sportswear, and apparel brands previously mentioned, massive corporations and renowned names like Ben & Jerry's, Best Buy, Clorox, Coca-Cola, Ford, Microsoft, Starbucks, Unilever, Verizon, and more than 300 others have joined what's become known as the "Facebook Ad Boycott" — and many of them have said they'll reevaluate their ad spending on the platform after July, which doesn't sound promising for the social network and its embattled CEO.

Facebook rakes in about $70 billion in advertising revenue per year, and a huge chunk of that comes from the companies that are standing up with the Stop Hate For Profit campaign. For context, The North Face's parent company, VF Corporation, told Input that it spent $756.3 million in adversing costs last year alone, and while it couldn't disclose how much of that went into Facebook or Instagram ads, it did say that TNF is Facebook's "second largest media partner."

With Facebook's stance on content moderation now hitting the company's bottom line, suddenly Zuckerberg seems to have had a change of heart about questionable posts like Trump's "shooting" one.

“There is no newsworthiness exemption to content that incites violence or suppresses voting.”

"A handful of times a year, we leave up content that would otherwise violate our policies if the public interest value outweighs the risk of harm," said Zuckerberg in a more recent blog post, on June 29. "Often, seeing speech from politicians is in the public interest, and in the same way that news outlets will report what a politician says, we think people should generally be able to see it for themselves on our platforms."

As such, he added, Facebook would soon start labeling certain potentially harmful content as newsworthy to make it clear why the company decided to leave it up on its site.

"We'll allow people to share this content to condemn it, just like we do with other problematic content, because this is an important part of how we discuss what's acceptable in our society — but we'll add a prompt to tell people that the content they're sharing may violate our policies," Zuckerberg said. "To clarify one point: there is no newsworthiness exemption to content that incites violence or suppresses voting. Even if a politician or government official says it, if we determine that content may lead to violence or deprive people of their right to vote, we will take that content down. Similarly, there are no exceptions for politicians in any of the policies I'm announcing here today."

These statements from Zuckerberg, which came after the Facebook Boycott really started to take off, are a stark contrast to his stance from a few weeks before, when he seemed adamant that Facebook's policies at the time were appropriate. The changes from Facebook — labeling newsworthy posts, "creating a higher standard for hateful content in ads," providing more information on voting during the COVID-19 pandemic, and adding steps to combat fake news that aims to suppress voters — won't appease advertisers' concerns overnight. But they're at least steps in the right direction, even if they're long overdue and seem to be an act of damage control to protect ad revenue.

"We respect any brand’s decision, and remain focused on the important work of removing hate speech and providing critical voting information," Carolyn Everson, VP Global Business Group Facebook, told Input in a statement. "Our conversations with marketers and civil rights organizations are about how, together, we can be a force for good."

Facebook says that along with Zuckerberg's recently announced changes, which stemmed "from feedback from the civil rights community and reflect months of work with our civil rights auditors," it is committed to making "significant product investments to tackle hate," noting that its policy team "constantly reassesses our policies to make sure we're drawing the right lines."

When the Stop For Hate Profit was first announced at the beginning of June, its organizers came out swinging and didn't hold back how they felt about Facebook and its content decisions.

"We have been continually disappointed and stunned by Mark Zuckerberg’s commitment to protecting white supremacy, voter suppression and outright lies on Facebook. As corporations take a stand against racism in our society, they should consider how their advertising dollars support Facebook making Black people less safe online," said Rashad Robinson, president of Color Of Change. "Facebook’s failure of leadership has actively stoked the racial hatred we see in our country and even profits off its proliferation. A key way for major corporations to demand racial justice is to withhold their dollars until Facebook becomes more responsible and accountable to Black communities on the platform."

Stop Hate For Profit made a powerful statement from the beginning, and it was clearly the wake-up call Facebook and Zuckerberg needed. And, as the campaign continues to pick up steam, the ad boycott shows that it may just be the beginning of Facebook's reckoning with reality.