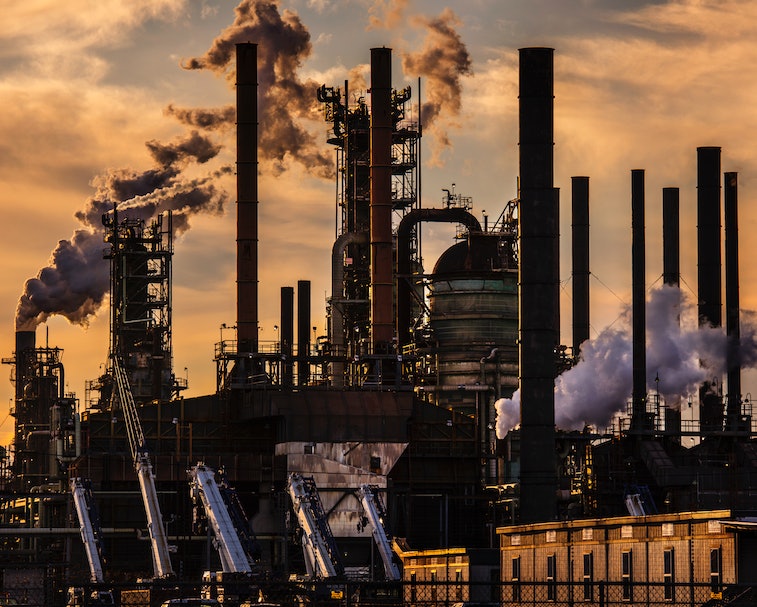 Environmental activists might be busy working toward a low-carbon future — even Big Tech is trying to distance itself from Big Oil — but that's not where Exxon wants to go. A five-year-plan belonging to the oil giant has come to light and shows that its fossil-fuel production is expected to grow rather than shrink, potentially increasing its emissions by 17 percent by 2025.

What's even more concerning is that the internal estimate only gives us a glimpse into a small proportion of Exxon's projected emissions. The full impact of the company's emissions could go up to 100 million tons of excess carbon dioxide, according to Bloomberg. That is equivalent to the annual emissions of a country like Greece, or the combined output of 26 coal plants.

Predictably, an Exxon spokesperson downplayed the five-year plan's projections and claimed that it is "an early assessment that does not include additional mitigation and abatement measures that would have been considered as the next step in the process," and that "the same planning document illustrates how we have been successful in mitigating emissions in the past," according to Bloomberg. Anyone remotely familiar with Exxon's recent record knows this is unlikely to be true.

You don't need money if you're dead — Exxon is well-versed in the art of throwing its critics off. In the recent past, the big oil behemoth bought Google ads to fight those concerned with climate change. As Mashable found out, the company used targeted keywords to distract consumers, including terms like "Exxon climate trial," Exxon knew," as well as "Exxon climate change." With reserves in Brazil, the Netherlands, Malaysia, Guyana, Canada, and beyond, Exxon's strategy was strategic and deliberate.

So, while it is not shocking that Exxon is still dedicated to pursuing profit at the expense of the environment, it's still deeply disheartening. It's also a reminder that what's needed is legislation. But the Trump administration has shown its contempt for climate change-focused measures. It's crippled the National Parks Service, exited the Paris Agreement on climate change, and tried to block California's progressive emissions legislation. Exxon, of course, is happy to try and continue with business as usual.

Heavy lobbying — Since the 1950s, Exxon executives have understood what would happen if it emitted dangerous amounts of carbon into the atmosphere... but that didn't stop it. In the 1980s, the company went as far as campaigning against climate science by casting doubt on scholars' research. The ultimate goal was — and remains — to shift public perception in favor of industrial expansionism and economic growth over environmental longevity.

Fury and activism will doubtless follow these new findings, but what's really needed is federal intervention. Without a change of administration this November, that's unlikely to happen for at least another four years. So if this enrages you, please vote.