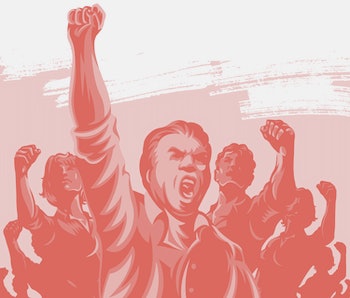 On October 22, Expensify’s CEO David Barrett sent an email to the company’s 10 million users urging them to vote for Joseph Biden and debunking Donald Trump’s voting misinformation. Since then, the company’s social media and customer service portals have been flooded with vitriol, largely originating from brand new accounts, according to Business Insider.

The email was an unusual show of liberal political spine in the tech world and a serious risk for a VC-funded company with enterprise clients. In spite of the risk and immediate consequences, employees — who were democratically involved in the email’s creation — stand by Barrett’s decision to hit send.

The email — Though it might seem like Barrett just ran his mouth and left his employees to pick up the pieces, the employees were involved every step of the way. He first broached the topic in the company’s #whatsnext Slack channel and any claims he made were combed through in a #factcheck channel. Fast Company and Business Insider differ on the precise chronological order, but ultimately, two-thirds of the company’s top 19 employees approved the messaging and the entire company worked through the email over Google Docs for a week.

People who disagreed with sending the letter generally agreed with the messaging, and even some of those who disagreed with the messaging are still happy to have sent the letter. Though some competitors report an influx of accounts, only 0.5 percent of concerned emails are from actual customers. Expensify’s social accounts and customer service agents have received most of the flak from enraged newcomers, but Barrett is reportedly responding to many of the emails himself. Responses have ranged from silly to disturbing, but the employees aren’t shaken. The act itself as well as how Barrett set it up and has dealt with the fallout has reinvigorated many workers’ commitment to the company.

Picking a lane — Barret’s email stands in contrast to Silicon Valley’s responses to this election. From Soylent’s CEO penning an unhinged Kanye West endorsement to Coinbase’s apolitical stance pushing dozens of employees away, tech’s biggest companies have either said too much or not enough. Despite Big Tech employees donating millions to Biden’s campaign, companies like Facebook and Google have urged employees to keep politics out of the office while Amazon isn’t even making it easier for its massive workforce to vote.

"If you are a member of a democratic society, you can't opt out of that. Choosing not to participate is also a choice — that is a political decision," Barrett told Business Insider regarding Coinbase’s position on the election. "If you are a company that chooses not to engage, that either means, one, our official company stance is that we like the status quo and want to keep it, or two is we don't like the status quo, but we're too cowardly to do anything about it."