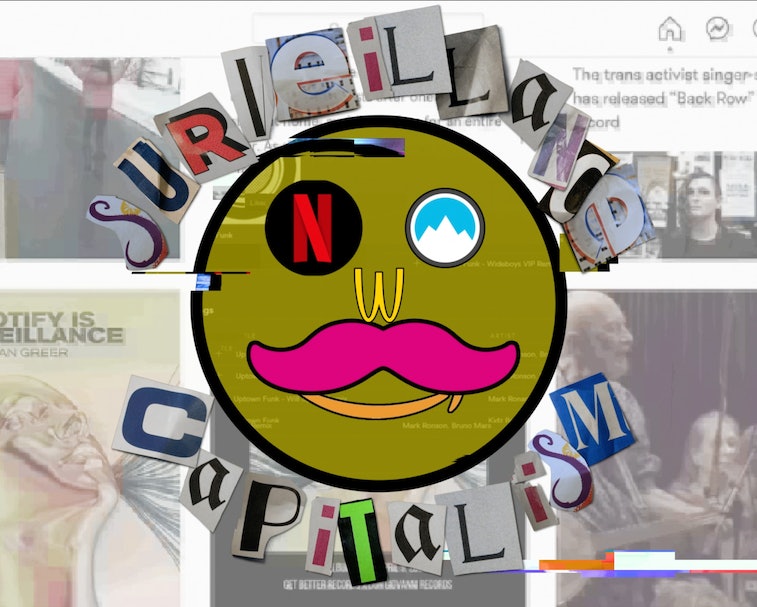 Spotify, self-proclaimed bestie to millions of music lovers around the world, wants to listen in on your every conversation and use the information it gleans for profit. The prospect of using voice recognition technology to boost targeted ads is creepy and manipulative at every level — and artists are ready to take a stand against it.

Evan Greer, deputy director of activist group Fight for the Future, just released a new song called “Surveillance Capitalism” as part of a larger protest against Spotify’s decision to target ads through voice recognition tech. The song is an indie-punk bop with a strong message: corporations are using invasive methods to gather information about us and then profiting from it.

“We’re all connected to machines,” Greer sings. “Hate every second but we just can’t look away / We all want to be seen / But behind the screen / There’s a nightmare dressed up as a dream.”

The song is the second Greer has released off her upcoming album Spotify Is Surveillance, which drops in full tomorrow (April 9). It’s also a lead-in to a much larger campaign by Fight for the Future to raise awareness about Spotify’s creepy new spying patents, with the hope that Spotify will listen not to the organization’s concerns rather than to its private conversations.

About that tech… — You’re not alone if you haven’t heard much about Spotify’s planned surveillance tech — the company has done a pretty good job of keeping it on the down-low. A few years ago, Spotify filed a patent for an always-on system that listens to a user’s conversations and uses that information to detect “emotional state, gender, age, or accent,” amongst other indicators, to recommend music and ads.

That patent has now been approved for Spotify’s express use. This approval prompted some outrage and open letters to Spotify’s upper management from advocate groups like Access Now. The technology is intrusive, for one thing, and has the potential for opening up huge issues like emotional manipulation and gender discrimination, Access Now says.

Artists are speaking up — Spotify’s tendency toward greed is not a new issue, but this latest patent sets a new bar for the company’s profit-driven ways. That’s why artists like Greer are making their voices heard on the matter.

“The fact that Spotify filed a patent for this type of emotional surveillance and manipulation is beyond chilling,” Greer says. “It’s not enough for them to say that they have no plans to use this technology right now, they should publicly commit to never conducting this type of surveillance on music listeners.”

Fight for the Future’s “Stop Spotify Surveillance” campaign hopes to bring more public attention to the issues at hand, with Greer’s single serving as a rallying cry. You can back the movement by signing onto the group’s petition here and by spreading the word on social media.