Etsy is letting people sell all kinds of illegal goods 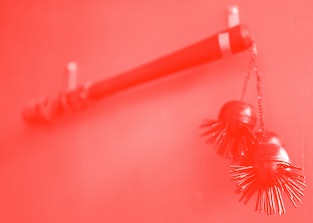 Etsy's planned investment in moderation staff and tools in 2021.

Insider presented Etsy with its findings and the company deleted all of them — more than 800 listings in total. Etsy also specified that it’s planning to invest “at least” $40 million this year to better its moderation systems, including increased staffing and the development of new tools to help these employees do their jobs better.

Even after Etsy had deleted the rule-breaking posts, Insider reporters were able to locate similar items through a simple search. Their findings also showed huge swaths of wholesale items and mass-produced products across the site, despite Etsy’s overarching marketing of itself as a place for handmade and vintage items.

Etsy’s marketplace is powered by third-party sellers who can essentially post whatever products they hope to sell. Much like social media, this democratic approach is both the site’s most powerful blessing and its most problematic curse.

Ummmmm — Insider’s findings are nothing short of ludicrous. Some of the flagged items are relatively harmless — antique ivory sculptures are prohibited but not exactly life-threatening — but others make it seem like Etsy isn’t doing any moderation at all. A steel-spiked trench club from World War I that could absolutely be used as a real weapon; a knife disguised as a necklace; an “apocalyptic ripsaw mace.” Etsy has rules strictly prohibiting items used “as weapons or to be used to inflict violence.”

More transparency, please — These 800 or so since-deleted postings are… concerning. That may be an understatement. It’s a really bad look for Etsy.

Worse still is how very difficult it is to find information about measures Etsy takes to avoid this kind of problem. The marketplace has plenty of rules for both buyers and sellers, and those are easy enough to locate. Moderation info is nearly nonexistent from the site, save for a mention of the Trust and Safety team’s “continuous” work to enforce the rules.

The vast majority of Etsy moderation does seem to be left up to this team of humans (which, by the way, Etsy says has doubled in the last two years). Some machine learning tools are being used — the company has mentioned as much — but when and how it’s been implemented is not public knowledge.

As Etsy continues to grow, its policies will need to adapt. By the look of things, they need to do so much more quickly than they are right now. The company would also do well to share more information about how, exactly, it plans to expand its moderation efforts if it wants to maintain consumer trust.