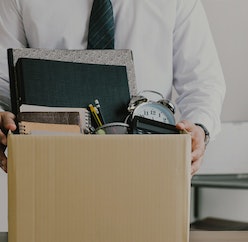 Millegan, who previously served as the director of operations for ENS’ corresponding legal entity, True Names, Ltd., reiterated his beliefs in a Discord post yesterday while also pledging that he did not discriminate and is open to “working with... a wide range” of people involved in the Web3 development and cryptocurrency projects. Sounds like a fun guy.

“hey [sic] looks like I've got my first mob. nice to see some ppl finally read the first word of my bio. I love you all, I'm gonna keep working on web3,” Millegan tweeted on Saturday before the vote. The bio’s first word still reads “Catholic,” but hasn’t yet been updated to remove his former job title.

Accusations of hypocrisy — While the majority of DAO voters opted to oust Millegan, a vocal minority has accused the group of hypocritically and ironically engaging in “mob mentality” and “cancel culture” tactics against one of its core supporters. “Horrible decision... You handled this terribly,” one user responded to the termination announcement Twitter thread from ENS founder and lead developer, Nick Johnson. “Instead of working with one of your valuable team members to move forward and rehabilitate you sever ties and throw him under the bus. You’ve set a precedent now forever.”

Textbook case study — The Millegan situation is a prime example of the ethical and political complexities involved within cryptocurrency communities like Ethereum Name Service. Supporters are often drawn to crypto projects for the promise of decentralized, libertarian-adjacent goals, only to run into toxic voices like Millegan’s that can alienate large demographics of potential users. Of course, Millegan is technically allowed to say crap like “transgenderism doesn’t exist,” but it sort of sours many people on your product, as well as the company’s overall ethos. No one can stop people like him from clinging to reactionary beliefs in private, but publicly avowing such hateful and offensive sentiments has consequences.