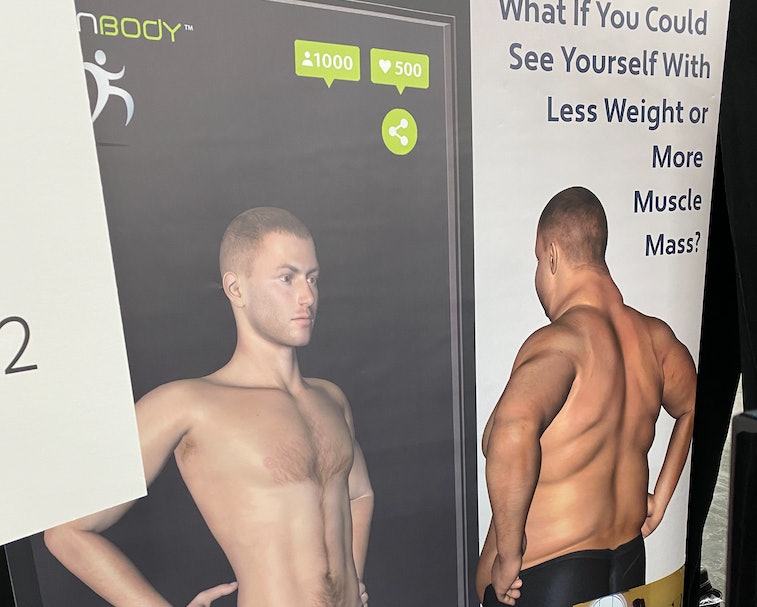 Today in "Why does this exist?" we have EnvisionBody, an application that uses augmented reality to show people how they would look if they lost weight — in real time. The company's technology relies on a full-body tracking camera that captures someone's image and, after that gets processed through AR software, it creates an "enhanced," morphed view of their body. In a press release, EnvisionBody says the idea is to provide "the ultimate selfie that is shown with less weight or more muscle mass." So, basically, if you want to be body-shamed and see what you'd look like as the skinny version of yourself, then look no further.

Inspiring workouts — The idea is, without a doubt, outrageous. But EnvisionBody's argument is that its AR app can be used to give people motivation to exercise and reach their fitness goals. For instance, if cosmetic surgeons, fitness centers or weight loss clinics implemented EnvisionBody, they could show how effective their products or services are — since they could show people what their "after" body might look like during the initial consultation or session.

To drive its idea home, EnvisionBody points to certain published studies from universities, which argue that "if a person has enhanced feelings about their appearance... that induces intrinsic motivation which is the catalyst for exercise motivation." While there may be some truth to that, you can just as easily argue that body-shaming people isn't a great idea — especially in an age where technology is already being linked to causing body-dysmorphic disorders.

What now? — After bringing its product to CES 2020, EnvisionBody's hope now is that fitness equipment manufacturers (like Peloton), or medical organizations, will be willing to take a chance on its AR tech.

"We are excited to fulfill our mission to help the critical healthcare burden by mitigating the rising obesity rate using our innovative technology to increase exercise motivation," EnvisionBody said in a press release. "The enhanced image will remain in the user’s mind, affecting better food selections by recalling the user’s enhanced image with less weight and/or more muscle mass, long after the user exercises." Yeah, okay.