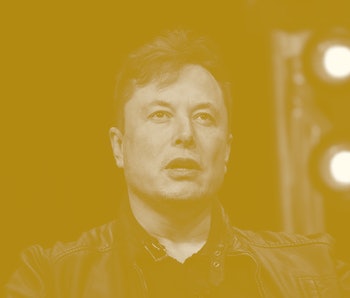 Tesla CEO Elon Musk has filed a lawsuit in an attempt to re-open Tesla’s assembly factory in Fremont, California, after local government officials told him the factory must stay closed to combat the spread of COVID-19. Musk tweeted about the lawsuit on Saturday morning.

Musk also stated on Twitter that the future of Tesla will no longer be in California. He says the company will move its headquarters and future programs “to Texas/Nevada immediately.”

Musk has been a very vocal opposer of stay-at-home measures since the novel coronavirus first hit U.S. shores. Back in March it was reported that Tesla had encouraged its workers to keep working despite insistence at the time from many government organizations to stay home.

Oh, Elon. None of us want to be stuck at home for an indefinitely long time, but throwing public temper tantrums isn’t helping anything. The lawsuit doesn’t exactly come as a surprise, given Musks’ penchant for public outcry. And it probably won’t do much besides cost Tesla a pretty penny and further alienate Tesla investors.

Months of outbursts — Musk has been open about his distrust of measures meant to curb the spread of COVID-19 since the U.S. first started preparing to hunker down. At the beginning of March, just as health experts began suggesting we all stay at home, Musk tweeted to his more than 33 million followers that the preparations were “dumb.” He also suggested deaths in the U.S. would be “close to zero” by the end of April.

Musk quieted down for a while before coming back to his tantrums with renewed vigor. He began to echo Trump’s misguided calls for “freedom” at the end of April. Not long after, it came to light that Musk had gone off about stay-at-home measures again on an investor call.

What about the ventilators? — When Elon took a hot sec to calm down and re-think the whole COVID-19 thing, it seemed like he actually might be on track to use his resources to help save lives. He decided that yes, Tesla would help create ventilators, and a few weeks later we even saw a prototype of one created almost entirely of Model 3 parts. Around this time, Musk also said he’d purchased ventilators and shipped them to hospitals in need.

Many of those “ventilators” weren’t the ones needed to save lives, though, and others never arrived at hospitals at all. Musk hit back at naysayers by again taking to Twitter, this time with a “partial list” of hospitals where Tesla had sent ventilators.

We’re not really sure what ever happened to the cool Model 3 ventilator prototype. News on that front has petered down to nothing, as of late.

Don’t believe it for a second — Here’s the thing about Elon Musk: you have to take everything he says with a grain of salt. We’ve seen time and time again that he’s more likely to lean into extremes than solid truths, and this latest lawsuit is likely no exception. Musk wants to put pressure on government officials to allow his business to resume. He’s willing to put resources into a lawsuit to make that happen.

Musk says Tesla is ready to put people back to work in a safe manner. The company released a long “Return to Work Playbook” with new safety guidelines for returning employees.

Given Musk's track record, the most likely end to this saga is that Tesla’s Fremont factory will reopen in the near future, and Musk will give up on his threats to move it out of California. Musk will keep raking in the cash and go back to tweeting weird memes and space musings. And then something will piss him off and we’ll start all over again.