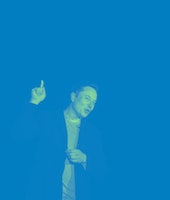 Elon Musk bought himself a $2.9 billion chunk of Twitter last month, amounting to about a 9.2 percent stake in the company. That’s four times as much as is currently owned by Twitter founder and former CEO Jack Dorsey.

A new filing with the Securities and Exchange Commission reports that Musk purchased 73,486,938 shares of Twitter on March 14. Barely two weeks later, Musk went on his social media pedestal to pontificate about Twitter’s supposed hypocrisy regarding “free speech,” going so far as to argue that the site “fundamentally undermines democracy.” The Tesla and SpaceX CEO immediately followed up with a tweet asking his 80 million followers, “Is a new platform needed?” before declaring “Seize the memes of production!” a day later.

What to expect — So what does this portend for Twitter itself? That is… a very good question, and I am open to theories. Musk owns an absolutely massive, course-altering percentage of the social media company now, and he is nothing if not a man with many opinions about the state of the world. Of course, he’s also a man who promises many things, only to either A) vastly underdeliver, or B) not deliver at all. Buying nearly 10 percent of Twitter is a dramatic, annoying flex on his part, but that might be as far as it goes. Perhaps wishful thinking on my part, to be honest.

One thing is certain: Opening up Twitter even more to Musk’s concept of “free speech” will do far more harm than good. The last thing the internet needs is Twitter to imitate its biggest critics on Parler and Gab.

Not even hiding it — But perhaps the biggest news here is the comically egregious timing of it all. Musk tweeted out his “doubts” regarding Twitter two weeks after quietly purchasing a fuck-ton (I believe this is the professional terminology) of Twitter itself. It’s hard to see how the SEC won’t find this incredibly problematic, if not a ridiculously hamfisted attempt at market manipulation and securities fraud. It wouldn’t be the first time Musk has done such a thing.

It’s one thing to be a chaotic meme troll within cryptocurrency right now, but an entirely different (and far more easily enforceable) issue if you’re doing that from within the actual stock market.