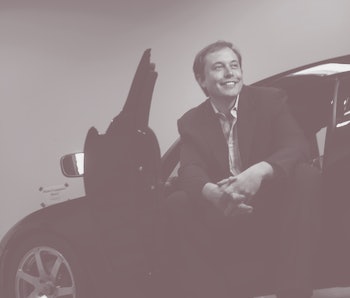 If there’s one thing we know about Elon Musk, it’s that the Tesla Technoking loves stepping in to help with disaster recovery. This time he’s hoping to help Tonga recover from the enormous eruption that sent tsunamis barreling across the Polynesian country.

In response to a January 19 Reuters tweet about how Tonga would likely spend the next month or so without internet access, Musk asked that people from Tonga let him know whether or not it would be “important” for SpaceX to send over some Starlink terminals.

The tweet quickly racked up thousands of likes and retweets. Some people responded letting Musk know at least one government official — a politician from New Zealand — had been reaching out to ask for exactly this kind of assistance. Musk responded by clarifying that providing help would be “a hard thing” for Starlink to do. So whether or not Starlink would actually be able to fulfill a promise of assistance is… unclear.

Also, perhaps it would be more helpful if Musk reached out to Tongan officials rather than just replying to a tweet from Reuters?

Elon the fixer — Musk loves to offer his assistance in overwhelming situations. This is a fact well-documented. The problem is that he rarely delivers on his seemingly helpful promises.

Nearly two years ago, as COVID-19 began blanketing the world, Musk — just a week or so after tweeting that "the coronavirus panic is dumb" — offered to use Tesla resources for building ventilators. After a month or so, it became apparent Musk would never deliver anywhere near the number of ventilators he’d promised.

Here’s another example. A few years ago, when a Thai soccer team found itself trapped in a cave, Musk offered help (again via Twitter) with their rescue. He sent a team to build a mini-submarine of some sort to maneuver through the cave. The submarine ended up being pretty useless. Soon after, Musk killed any remaining goodwill about his rescue attempt by calling one of the actual rescuers a “pedo guy.” So there’s that.

Could Starlink actually help? — Maybe so. As far as satellite internet goes, Starlink is one of the fastest options around. Really the biggest shortcoming with Starlink is its high startup cost for customers; this wouldn’t really affect Tonga, as long as Musk donated the terminals at no cost.

Even if Starlink could help, though, that doesn’t necessarily mean it will be able to follow through. Musk has already made it clear that helping Tonga would prove logistically difficult in practice. It’s not difficult to imagine that he tweeted his initial offer before actually doing the math.

We’re certainly not holding our breath while we wait for Musk to follow through on this one. Hopefully Tonga doesn’t either.