This sketchy Elon Musk-themed crypto keeps insisting it's not sketchy 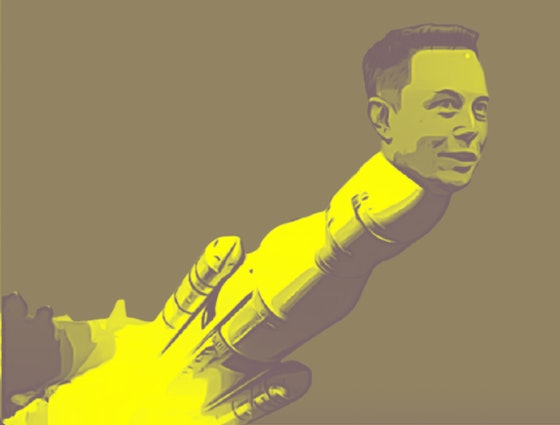 “Please, at least reply to us, we deserve it,” reads part of the sixth unanswered Twitter DM I received from Elon’s Tax Monday morning.

The project first contacted me last week hoping for coverage of its strange, complex, seemingly sketchy-as-all-hell intention of raising the funds via a newly minted $ELTAX cryptocurrency to foot Elon Musk’s $12 billion tax bill. The project’s website describes its grand scheme as eventually gaining the recognition of Saint Elon himself and the adoption of $ELTAX as the official Martian currency upon colonization.

At first I thought it was some kind of parody account, and asked as much. In a DM, the man behind Elon’s Tax conceded that people “find it funny” but many will “probably agree with us.” “We are trying to make a point here,” he explained. This person then supplied me with his (supposedly) actual name, but nothing else.

I told Elon’s Tax last Friday that I would do my due diligence and get back to them. The name offered to me only turned up a sparse LinkedIn profile for a man in Slovenia (Elon’s Tax denied this is who I was speaking with). A quick scan of the website included what appeared to be images of already-published articles on Forbes and elsewhere under the banner: “How will Elon find out about the movement.” It didn’t take long to find out the Forbes piece didn’t exist. What’s more, it was attributed to an actual writer via a simple Photoshop.

‘I hope they are not scammers’ — Then I came across a write-up of Elon’s Tax on a very pro-Tesla publication with what appears to be a wide readership. The article’s boilerplate description of the project didn’t address the inconsistencies on the Elon’s Tax website, which I felt could be a serious problem if people felt Elon’s Tax donations were a legitimate use of their money. I conferred with the author on Twitter, and she mentioned that the person or people behind Elon’s Tax requested anonymity. “I hope they are not scammers. I’ll be extra wary,” the writer responded.

A couple of hours later, Elon’s Tax account messaged me again. “Hi Andrew, we saw your post but it needs a clarificationn [sic],” they wrote, presumably of my tweet to the other writer showing the fabricated Forbes article. “We had a section on our website ‘what we strive for’ not that we were mentioned in forbes or anything like that.” They then supplied me with a screenshot taken from Wayback Machine, for some reason, that does not match up with the website as it exists now.

Fixing the problem... sort of — More digging shows that an impressive number of Elon’s Tax’s Twitter followers appear to be either A) paid for, or B) bots promoting various crypto scams. The person running the Elon’s Tax account then accused me of supplying the article’s author with a “cropped by-purpose” image that was “took out of context,” when it is, in fact, simply a screenshot of the page as it existed at the time. Over the next hour, I received another five DMs from the Elon’s Tax account asking me to comply and/or respond. I finally caved, and told them that, yes, after all of this, we were very dubious about the validity of Elon’s Tax... especially after clicking the site’s link-out to the altcoin exchange Pancake Swap offered this warning message.

The following day, Elon’s Tax messaged me to let me know the website had been fixed, saying that it wasn’t their intention to dupe people into thinking the news article misattributed to the Forbes reporter was real, but to offer hope for similar coverage in the future. The website now includes a screenshot of the real article on the Tesla-centric site without the author’s name attached instead.

Playing Elon’s advocate — Now, look, there’s no way I can say with 100 percent certainty that this Elon’s Tax project is a scammy grift to leverage Musk’s name for hapless fans’ crypto, but... This still strikes me as sketchy as all hell. I attempted to confirm some kind of identity behind the website multiple times, only to have the person running the Elon’s Tax Twitter assure me they were required to complete multiple Know Your Customer (KYC) filings for the project’s banking purposes. Nothing else, of course. Just written assurances to this fact.

But let’s say, for the sake of argument, that Elon’s Tax is truly a “legitimate” group hoping to raise money to pay back some of the Technoking’s billions in tax payments: Why in God’s name would anyone buy into this? The entire concept of helping a billionaire foot their bill, serious or not, borders on obscene. And it’s that “serious or not” issue that is perhaps the biggest problem.

In our age of meme economics and postmodern LOLZ, one could argue Elon’s Tax is simultaneously legit, a scam, semi-serious, and a parody. So, sure, maybe they’re doing their best to fund a new Martian currency to help out ol’ Elon... but I wouldn’t bet on it.