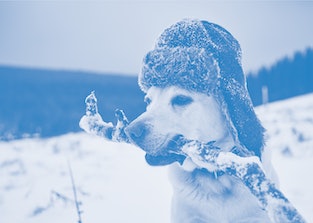 Elon Musk always has his pulse on the hottest trends. Or, that’s what his loyal fans would have us believe, at least. After Musk tweeted about craft-selling website Etsy early this morning, the company’s stock quickly shot up more than 10 percent.

Apparently Musk purchased a “hand knit wool Marvin the Martian helm” for his dog on Etsy at some point in the recent past and really, really loved the experience. Okay, that might actually be an exaggeration: Musk says he “kinda” loves Etsy. Also, what exactly is a "dog helm"?

Still, that modicum of public adoration was enough to send Etsy’s stock through the roof in pre-market trading. Within two minutes Musk’s tweet, Etsy’s market cap had risen by more than a billion dollars. The company’s stock has settled somewhat, now — actually, at the time of this writing it’s gone below where it was at yesterday’s close — but still. Ten percent, just from one tweet!

Musk’s an influencer — This isn’t the first time Musk’s tweets have sent the stock market into a frenzy. Just a few weeks ago, spurred by WhatsApp’s new data privacy policies, Musk tweeted simply “Use Signal,” and downloads of the secure messaging app increased by 4200 percent.

Don't take advice from this guy — The problem with following Elon Musk’s every whim in lieu of actual financial advice is, of course, that he is not a financial advisor. Sure, he’s the richest man in the world, but he’s had a lot of help getting there. (Yes, we’re talking about the emerald mine fortune.) There’s also the fact that Musk loves to tweet just about anything that pops into his head. Though some of his big ideas have obviously paid off, many, many others are more prank than actual business.

Musk’s shenanigans aside, Etsy has had a very impressive year. The company’s public stock has grown by more than 320 percent in the last year, and it now has a market cap of about $26 billion. Despite its pre-market spike, it’s actually been a bad day overall for the company’s stock; it’s down 2.2 percent overall as of this article’s publication.