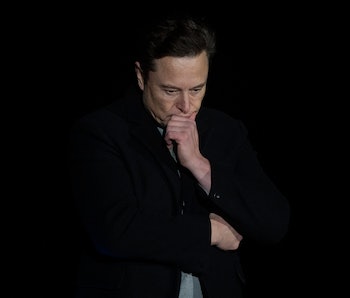 After over a year’s worth of sparring, Tesla finally conceded to the U.S. government last week regarding its electric vehicles’ “Boombox” external car speaker feature. An over-the-air software update was issued, and just like that, half-a-million cars could no longer make fart noises at their drivers’ command; gone in the blink of an eye as if Thanos had snapped his Infinity Gauntlet-clad fingers. But for farts.

Elon Musk was quick to issue a statement via Twitter on the decision. When asked by a fan why Tesla recalled the Boombox feature, the Technoking responded that “the fun police made us do it (sigh).”

“Sigh” indeed, Mr. Musk. The dreaded Fun Police, aka the National Highway and Traffic Safety Administration, strikes once again. What’s next? Making it harder for dogs to drive your car?

Full of hot air — In reality, this was never truly about car farts. The NHTSA probably didn’t care too much about Tesla’s appropriately childish gimmick, but what they did worry about was the vehicles’ ability to blast music outside the EVs themselves, thus posing a distraction danger to other drivers on the roads. As far as government watchdogs are concerned, Tesla has enough safety issues as is — banning external speaker audio is one of the simplest ways to minimize liability. That ongoing Full Self-Driving Beta debacle is an entirely other matter, however. Oh, and the alleged company-wide racism. And the alleged sexual harassment.

Once again, Musk proves that his meme-driven, chaotic online persona can’t be a viable longterm way to run a company as influential as Tesla. Despite the easy attention it garners, federal regulators don’t take kindly to these kinds of provocations. Sooner or later, Tesla will be hit with a crisis that no amount of “LOL” tweets and Dogecoin memes can solve.