Elon Musk could be nearly a billion dollars richer today, if he wanted 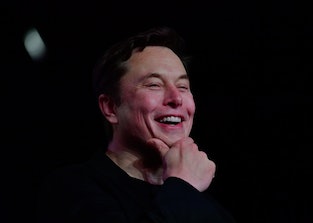 According to a new Tesla SEC filing, the company has hit the necessary milestones for CEO Elon Musk to receive his first stock payout. Based on a 12-part agreement created in January 2018, the first 1.7 million shares have vested. He could purchase those shares at the lower, 2018 price of $350.02, so based on Thursday’s closing stock price, Musk could make a profit of approximately $770 million. At the time of writing, Musk has not bought any shares.

Musk’s compensation plan — Musk hasn’t received a traditional salary at Tesla, instead opting for a 10-year share-based compensation plan. More than 20 million shares have been equally divvied up to vest when the company hits certain milestones. These milestones are based on metrics like market cap and revenue rather than profitability, so Tesla would have to reach a $650 billion market cap for Musk to receive all 12 segments of shares.

How does this impact Tesla? — This compensation plan, in addition to potentially earning Musk tens of billions of dollars, ties him to the company’s success for at least another eight years. Tesla stockholder Richard Tornetta is in the process of suing him and the board of directors over this grandiose compensation plan originally valued at $2.6 billion.

While he might seem flippant about Tesla’s stock price, Musk needs the company to continue to grow rapidly to collect up to $70 billion. His scrambling to open new factories and reopen old ones he’s expressly not allowed to is all in service of pushing this growth.

This is what late capitalism looks like — If this all sounds a little mad, well, it's perfectly normal thanks to 21st-century rampant capitalism. Many high-level executives now forgo traditional paycheck in favor of stock options. Or, to be more precise, they take a $1 salary in exchange for stock options and other benefits, which for the most part tend to come out at more than they'd earn using conventional metrics anyway.

And yes, we know $770 million is not a billion, but for the majority of people, the difference between the two is purely academic. Both amounts are incomprehensible. And both are more than any single person needs to have.