“It is our understanding that these difficulties arise because e-books are typically offered under more expensive and limited licensing agreements, unlike print books that libraries can typically purchase, own, and lend on their own terms.”

Sen. Wyden and Rep. Eshoo, in a letter to ebook aggregators. 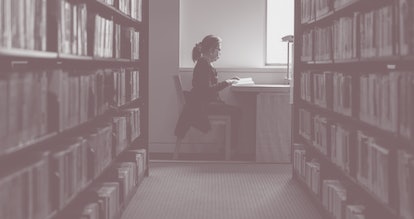 After years of operating with minimal transparency, the world’s largest ebook distributors are finally being asked to explain how, exactly, they conduct business with libraries. Sen. Ron Wyden (D-OR) and Rep. Anna Eshoo (D-CA) sent an extensive letter to nine ebook aggregation companies this week, demanding details of the contracts they make with publishing houses.

The letter, which was sent to companies like Overdrive and Baker & Taylor, calls out the industry’s general reluctance to disclose the terms of licensing agreements used with libraries. These agreements, Wyden and Eshoo write, are often very restrictive and expensive, putting unnecessary stress on the United States’ already-struggling library system.

“These licensing agreements, with terms set by individual publishers and e-book aggregators, often include restrictions on lending, transfer, and reproduction, which may conflict with libraries’ ability to loan books, as well as with copyright exceptions and limitations,” the lawmakers write.

The publishing industry’s relationship with ebook lending has long been on shaky ground. These companies will need to answer some difficult questions if they hope to continue profiting off dying libraries.

Time to fess up — Wyden and Eshoo sent their letter to the following ebook aggregators: Overdrive, Hoopla, EBSCO, ProQuest, Baker & Taylor, Bibliotheca, Gale, Elsevier, and DPLA Exchange. Together these companies account for almost all ebook aggregation in the U.S.

The letter — which you can download to read in full here — asks an extensive series of questions meant to divulge the secrets of library ebook contracts. For each question, Wyden and Eshoo ask the aggregators to answer for each of the five major publishers.

Their questions cover an intense amount of ground (and two and a half standard pages of ink). Wyden and Eshoo want to know about:

The ebook surge — This letter is the continuation of a probe Wyden and Eshoo began in September. At that point, the lawmakers leveled their questions at the “Big Five” publishers, asking for information about profit margins and general digital library practices.

The renewed vigor with which these questions are being asked corresponds to a larger uptick in ebook interest in the last couple of years, a trend compounded by the COVID-19 pandemic. Libraries have slowly but surely built up their digital bookshelves accordingly. But library funding is declining, and ebook licensing is cost-prohibitive — not a great combo.

Wyden and Eshoo hope that clarifying the rules of the playing field will reveal any inequities and / or evil business practices taking place behind the scenes. They’re requesting answers by December 7.