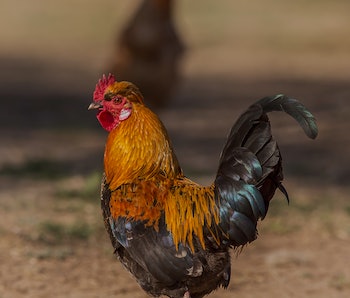 A Singapore regulatory organization has given the green light to the country’s first lab-grown meat operation, a landmark decision that could seriously impact the traditional meat industry on a global scale.

The approval was pushed for by San Francisco-based Eat Just, a company best known for its egg-replacement product Just Egg. The company’s flagship product has become much more readily available this year thanks to Eat Just’s purchase of a Minnesota manufacturing plant in late 2019. This year the company opened a production facility in Singapore through a $100-million joint venture with Proterra Investment Partners Asia.

“Cultivated meat” is a mostly unexplored area of the alternative-meat market — a symptom of the very little policy and regulation that currently exists around such products. Plenty of companies have attempted to bring cultivated meat to wider markets, but our limited knowledge of the processes behind it has largely kept it locked behind lab doors.

Eating something grown in a lab might sound unappetizing at first — but then again, the general population shunned faux meat products at first glance, too. Now the alternative meat market is projected to top $140 billion within the next decade.

Wait, so they… grow it? — The process of creating cultivated meat probably isn’t what you think it is. There aren’t any scientists in lab coats coaxing artificial chickens out of fake eggs or anything quite so sci-fi.

Eat Just’s cultivated meat uses animal cells taken from live chickens — completed with a simple biopsy — and then fed with plant-based nutrients. The cells grow and multiply in a 1,200-liter bioreactor before being formed into products that look and taste just like chicken... just without the need to kill actual chickens.

Solutions for the future — Right now, animal products provide nutrition for billions of people around the world — the global meat industry, which is valued at more than $1.4 trillion — also creates a myriad of problems for the human race.

Perhaps most pressing right now is the meat industry’s impact on climate change. Research has shown that cutting meat consumption is one of the most powerful ways we can fight climate change, both on an individual and an industry-level basis.

Even better than the real thing — Meat alternatives are an effortless entry point into the world of plant-based eating — a good meat-substitute burger is just familiar enough to make you forget it isn’t beef. Alt-chicken that is actually chicken on a molecular level will make the idea even (forgive us) easier to swallow.

Unfortunately, Singapore’s approval of the process doesn’t mean it’ll be ready for mass production any time soon. Eat Just is still working on ramping up its production processes so they’re able to create more “chicken” with less of a carbon footprint and less reliance on animal byproducts. Even so: it’s one step closer to a more sustainable future.