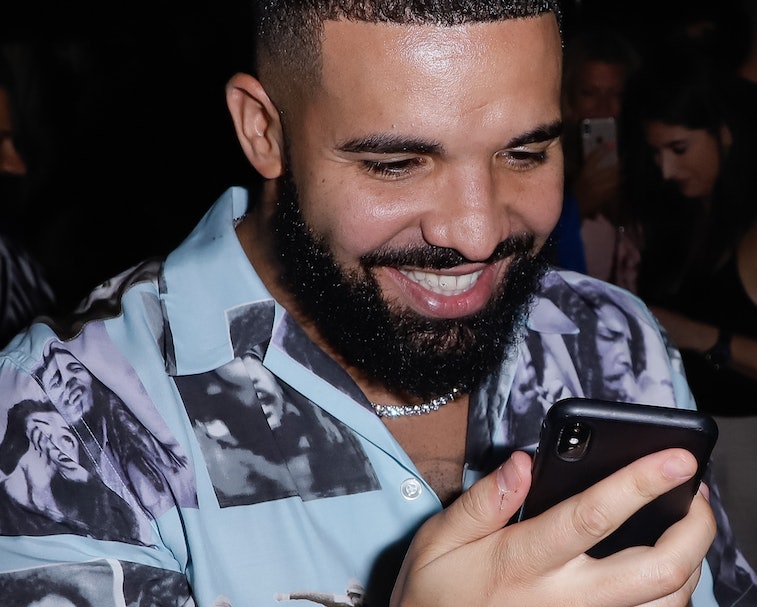 A study from the U.K. marketplace OnBuy offers some eyebrow-raising insight into Twitter trolls and their famous targets. OnBuy made a list of which musicians have the most positive reactions and which artists are hounded by intense amounts of hate and ridicule, working with SEMrush to conduct a so-called full sentiment analysis of the top 20 artists from 2020. Drum roll for the results, please.

Lil Uzi Vert of forehead-diamond-fame and Drake, whose sub-label with Nike has been a disappointment, are two of the most trolled artists on Twitter. Respectively, 26.02 and 22.24 percent of their received tweets are negative. The most trolled artist on Twitter is Rod Wave, who sits at the top of OnBuy's list.

"Whether it is [Rod Wave's] outspoken nature, strong voice [...] he is the most trolled," OnBuy notes. Why some celebrities attract massive amounts of love and why others, in the very same industry, are targeted with vicious trolling, we may never know.

Other artists to receive the bulk of mockery and vitriol, according to OnBuy, are Roddy Rich, Bad Bunny, Lil Baby, Lewis Capaldi, DaBaby, Travis Scott, and The Weeknd.

Twitter's most beloved — The least trolled musician on Twitter is former One Direction member, Harry Styles. Billie Eilish is also one of the least trolled artists on Twitter but the amount of openly loving statements she receives surpasses Styles — and everyone else in the list, with 73.77 percent of tweets being positive. Other musicians who receive support on Twitter include Megan Thee Stallion, Doja Cat, BTS, Taylor Swift, and Dua Lipa.

OnBuy says male musicians are more likely to be trolled than female musicians on Twitter, which is a somewhat curious suggestion, but does not expand on why that might be. Eilish's overwhelmingly supportive following likely stems in part from her encouragement of being true to oneself, as is evident in the way she carries herself in interviews and the music she creates. And it's not just fans who love Eilish for this unapologetic attitude; musicians like Avril Lavigne have praised Eilish as well.

In total, OnBuy analyzed over 6,000 tweets per musician, making up at least 123,939 tweets as a batch. For its next round, should it study trolls on Twitter again, we'd love to see theories on why certain figures elicit such rage and others don't.