“Sex is universal, and like many topics on Reddit sex is one of those topics that's often not well-served online or offline.” 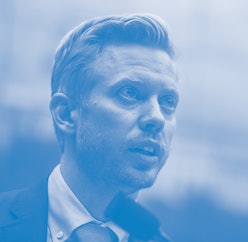 He clarified also that Reddit does not allow exploitative pornographic content. “I think there’s another aspect that’s empowering, and these are people sharing stories of themselves, pictures of themselves, and we are perfectly supportive of that,” he said in the interview.

With so much of the internet becoming less friendly to sex by the day, Reddit’s stance is truly a breath of fresh air — as long as the site can keep up with its promises of moderation, that is.

Unfriendly to sex — Social media, and really the internet writ large, has never quite figured out how to handle sex. In the last few years, companies and those in power have vastly decided that the best course of action is to segregate sexual content from the rest of the internet. Tumblr’s decision in late 2018 to ban all images and videos of sex — as well as of “female-presenting” nipples — was a landmark case for the internet’s treatment of sexual content. A huge amount of the network’s content had been pornographic in nature. Facebook and Instagram have enacted similar bans since.

Moderation is key here — Those pushing for increased regulation of sexual content on the internet have many reasons for doing so, often aligned with deep-seated politics. The main talking point as of late is actually a very valid one: the high risk of pornographic content being exploitative.