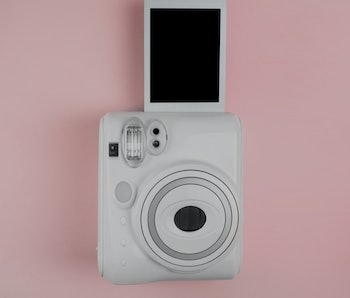 The latest copyright law in the United States just received the approval of Donald Trump, which will lead to the creation of a copyright small claims court. Trump has signed the Copyright Alternative in Small-Claims Enforcement (CASE) Act into law, PetaPixel reports, as part of the Consolidated Appropriations Act, 2021. The act is a coordinated effort to bring some relief to COVID-19 pandemic-hit Americans.

Initially, the CASE Act was brought to public attention in 2019. The idea was to give some element of power to photographers and artists. CASE would require the establishment of a small claims system that would shape the way these professionals handle their content against infringers. The creation of a small claims system is financially more useful to photographers, frankly. Because cases involving copyright infringements tend to have lower financial value, it helps photographers to have attorneys that don't bleed their banks dry.

A small claims system would make it easier to hire such lawyers. So if you're a photographer, you will be able to file an infringement case within affordable means by bringing your claim to the Copyright Claims Board of the United States Copyright Office. Depending on the severity of the case, photographers can win anywhere between $15,000 to $30,000 for their claim.

What supporters say — Groups that support the CASE Act believe that the law will empower a variety of artists by giving their work legal credence and legitimacy — and present consequences to infringers. The Copyright Alliance, for example, says, "The CASE Act has been a critical legislative priority for hundreds of thousands of photographers, illustrators, graphic artists, songwriters, authors, bloggers, YouTubers, and many other creators and small businesses across the country. For far too long, these individual creators have had rights but no means of enforcing them due to the expense and complexity of federal court."

With CASE Act, the group says that artists now have "a voluntary, inexpensive and streamlined alternative — a small claims tribunal that will be housed within the U.S. Copyright Office — enabling them to defend their copyrighted works from infringement."

Where critics disagree — Other digital ethics groups caution that the CASE Act is just another legal headache nestled inside an omnibus bill. The Electronic Frontier Foundation worries that the CASE Act will be less of a litigation method determined by neutral judges and more of a game for "biased bureaucrats," who will only "complicate [the] problem of online copyright infringement." Critics worry that the average internet user could be hit with penalties for sharing a meme or clip under this law or posting a certain image. Harmless behavior, really.

Only time will tell how effective the CASE Act will be — or how much of a pain in the ass it actually is.