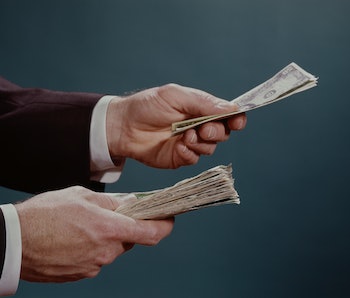 The Department of Justice has accused six people of engaging in an elaborate scheme to give some third-party sellers an unfair advantage over Amazon's marketplace. The department alleges that the six individuals were able to accrue benefits worth over $100 million and that the scheme had been taking place since 2017 at least.

The accused are said to be involved as "consultants" for third-party sellers mainly within the crowded and oft-lucrative commercial categories of consumer electronics, dietary supplements, and ordinary household items. According to the department, the individuals provided information related to competitor data, Amazon's very own algorithm and how it works, and went as far pushing products in restricted categories. In some cases, according to the department, the consultants worked in cahoots with some of Amazon's employees.

The company, which is perennially hounded with criticism around anti-competition, apparently has a lot of rot within its own ranks.

What Amazon says — So far, the company has simply told CNBC that "there is no place for fraud at Amazon." The company does note that the accused have been removed from their positions:

We are especially disappointed by the actions of this limited group of now former employees, and appreciate the collaboration and support from law enforcement to bring them and the bad actors they were entwined with to justice.

In the case of the six accused outsiders and the Amazon employees, the department alleges that they carried out sustained attacks against certain third-party vendors, approved false complaints against some sellers, and suspended them on false ground. Additionally, the accused allegedly accessed information about Amazon's algorithm that allowed them to promote "fictitious negative product reviews" against competitors.

This is not the first time that Amazon has had to contend with leaks within its own company. In 2018, the Wall Street Journal revealed that Amazon was looking into potential bribes and leaks by its own workers. It sounds like Jeff Bezos' clamoring about playing it fair in the marketplace is so hollow and meaningless that his own employees would rather (allegedly) play dirty than give his posturing any serious consideration.