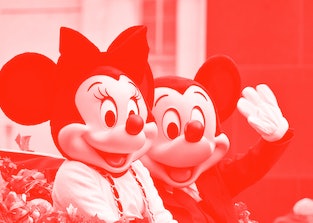 The number of net new subscriptions Disney+ packed on in the last two months alone.

COVID-19 has put streaming services under the spotlight. With people staying at home and trying not to lose their minds out of sheer boredom, entertainment services are stepping up their games (or at least trying to) with free, albeit limited-time, offers. Disney+, it turns out, is acing the social distancing test by meeting the demands of pent-up people. On April 8, the Walt Disney Company announced that its Disney+ subscription service passed its 50 million subscribers milestone well ahead of its initial timeline.

The figure is a stunning achievement and proof that Disney+ soared well above Wall Street's and its own predictions. The company's previous official forecast noted that Disney+ could see 60 to 90 million international subscriptions by 2024. Instead, it shot up stunningly close to that daunting number four years in advance. Talk about a huge success.

What Disney+ says — Kevin Mayer, who is the chairman of Walt Disney's consumer-facing and international products vision, confirmed the whopping figure in an official press statement on April 8.

"We’re truly humbled that Disney+ is resonating with millions around the globe, and believe this bodes well for our continued expansion throughout Western Europe and into Japan and all of Latin America later this year," Mayer said. "Great storytelling inspires and uplifts, and we are in the fortunate position of being able to deliver a vast array of great entertainment rooted in joy and optimism on Disney+."

Success despite hiccups — Like the rest of the world, Disney+ has had to pause its productions and releases. Of note, titles like Loki, The Falcon and The Winter Soldier, and WandaVision have had to temporarily pull the plug on production due to the coronavirus outbreak. And because these are Disney+ exclusive titles, viewers won't find them anywhere else.

If this were a different scenario where a virus wasn't debilitating the world, subscription count may have looked very different for the streaming service. But consumers have stuck with the company in spite of Disney+ falling short on original titles at the moment. This could be chalked up to a few reasons:

User retention is key — From this point onward, Disney+ will have to succeed at user retention. Winning subs is doable; keeping them is where it gets difficult. Once official stay-at-home orders are eased and people's attention diverts, Disney+ will have to ensure that its content lineup, program diversity, catalog of titles, and other service aspects keep people hooked. Otherwise Mayer and his crew will have to watch subs drop like flies. And no one likes that.