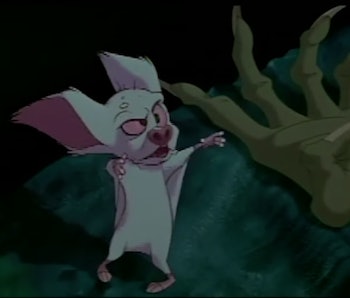 Anastasia, the 1997 animated, fantastical take on Russian imperial history, was suddenly nowhere to be found on the Disney+ streaming platform a couple of days ago, leading some to assume this was one of the House of Mouse’s oh-so-brave protests of the ongoing Ukrainian conflict. As much as we’d love to rip into that hypothetical, empty political gesture, Vulture unfortunately confirmed earlier today that World War III’s pretext is not why you can’t watch Meg Ryan and John Cusack voice turn-of-the-century Russians on Disney+. Alas, it’s just a run-of-the-mill rights deal expiration.

Thanks to a pre-existing agreement, the 20th Century Fox kids’ flick was already scheduled to be yanked from the streaming channel at the start of the month so it could be transferred over to Starz beginning March 18. So yeah, you’ve only got a few weeks before being able to watch the (in retrospect) truly strange movie again.

Actual company protests continue — Meanwhile, dozens of major companies and brands have come out in opposition of Russia’s current, unprovoked military excursion, including the likes of both Nike and Adidas. At the same time, Big Tech companies are struggling to keep up with the issues — both Meta and Twitter have released plans of action to supposedly limit the scope and spread of disinformation... to varying results.