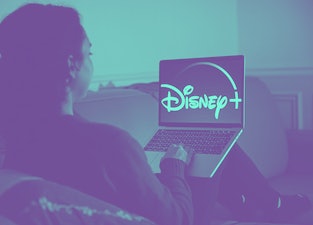 Disney's success is unstoppable. The company just announced that Disney+ surpassed its previously reported 94.9 million subscriber base, which it shared in February. It now has over 100 million subscribers. CEO Bob Chapek pointed to the streaming service's multi-genre content and list of popular shows as one of its main reasons for crushing the streaming wars. The company’s decision to go live on India Star platform on February 23 also didn’t hurt growth.

"The enormous success of Disney+ has inspired us to be even more ambitious, and to significantly increase our investment in the development of high-quality content. In fact, we set a target of 100-plus new titles per year, and this includes Disney Animation, Disney Live Action, Marvel, Star Wars, and National Geographic. Our direct-to-consumer business is the Company’s top priority, and our robust pipeline of content will continue to fuel its growth," Chapek said in a press release.

This is no small feat for Disney+, as the company's stock closed on Monday at $201.91, and is a powerful jump from Disney+'s previous situation; its shares were at $79 in March last year.

The secret sauce — It isn't surprising that Disney+ executives are quiet about what exactly brought this skyrocketing success to the video subscription service. The winning crowd normally doesn’t want you to know its secret sauce. But that won't stop us from theorizing. Disney+’s rise can be explained by multiple factors. The platform boasts some of the biggest, in-vogue shows in pop culture at the moment: The Mandalorian, WandaVision, The Simpsons, Star Wars: Clone Wars, Ray and the Last Dragon, and other hits.

The company has also added a suite of features aimed at all age groups, including watch party, made visual corrections to aspect ratios for The Simpsons, and offers bundles that pack ESPN+ and Hulu.

This kind of groundbreaking boost in subscribers in just 16 months is not only stunning but almost impossible to believe. Rival giant Netflix's Reed Hastings’ comments about Disney+ from April 2020 come to mind, and his remarks give insight into how Disney+ managed to do it all. Discussing the competitor with CNBC, Hastings said, “To see both the execution and the numbers line up, my hat’s off to them. Great execution, clarity around brand and focus really makes a difference.”

In fact, Disney+ must be in awe of its own rise. The company predicted that it would gain a subscriber base between 60 to 90 million by 2024. It surpassed that. Now it says it plans to win a base between 300 to 350 million through all of its platforms by the same year, the Verge reports. If it keeps working its magic, it might exceed that goal, too.