Despite a growing subscriber base, Spotify still isn't making money 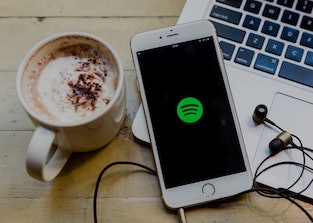 Number of paid subscribers on Spotify as of Q4 2020.

In its Q4 2020 financial report, Spotify revealed that, despite adding more paid subscribers last year, the company nonetheless continues to lose money. According to The Wall Street Journal, Spotify had 155 million paying subscribers at the end of the last quarter in 2020. That's a year-on-year increase of 24 percent, which is no small feat. But its ongoing landgrab in the podcast space and accompanying increased spending on original content mean it's still spending more than it earns.

In total, Spotify's active monthly users — which includes both paying and free, ad-supported accounts — grew 27 percent year-on-year to 345 million. That should be a reason for the Swedish streaming giant to celebrate, after all, that growth is thanks in part to its feverish experimentation with (and investments in) podcasts, family tier and kid-friendly programs, and even patents for mood recognition technology.

But, the WSJ reports that the average revenue per Spotify user has actually fallen by eight percent. This drop is perhaps more understandable when you consider the inevitable belt-tightening of many of Spotify's users during the pandemic, combined with its aggressive acquisitive strategy that focuses on user growth more than how much it can eke out of each user.

What the boss says — Spotify chief executive Daniel Ek has a reputation for quantity over quality, whether that's in terms of content on the platform or users of it. The more songs, the better — even if it makes no sense and comes at the expense of struggling musicians. But no chief executive likes to lose money. According to the Wall Street Journal, Spotify lost money partially because of its own decision to bring new users on by offering free trials (often extended for newbies to stay on for longer in the hopes of getting them hooked) and discounted deals for consumers in India, Russia, and other new markets.

Losing money during a pandemic is natural, according to Ek. Spotify is planning to experiment with more changes to its advertising, content creation, and sponsorship models while the pandemic rages on. Considering it's still the biggest name in music streaming, we expect Ek isn't too concerned if it takes a while to turn profitable. Besides, as Uber and its ilk have shown, profitability isn't required to keep investors streaming in.

"Assuming Covid is beyond us in the latter part of 2021, what’s going to happen to consumption then?" Ek asked the WSJ. "Are people going to travel? What habits are changing? That’s a massive amount of uncertainty to have consumers' attention now competing with all other forms of things they could be doing with their time. We’re in the early days of seeing the long-term evolution of how we can monetize audio on the internet."