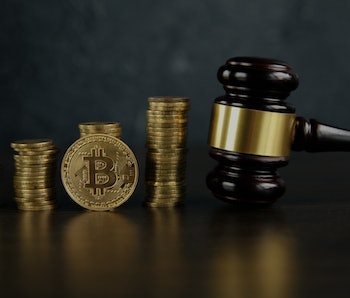 Craig Wright, an Australian computer scientist who has long asserted to be Bitcoin’s co-inventor, was recently cleared of nearly all charges in a multi-billion dollar lawsuit filed by the estate of Wright’s late cryptocurrency partner, but still must pony up $100 million in “compensatory damages.” It’s the latest in a string of legal entanglements for Wright, often at least partially related to his repeated assertion of being the one, true Satoshi Nakamoto — a pseudonym used by the person or persons who published Bitcoin’s initial whitepaper back in 2008. It’s also a repeated assertion that is generally considered to be complete BS.

There’s a lot of technical and historical reasonings as to why Wright is almost certainly not Nakamoto, but one of the most convincing doesn’t have to do with blockchain programming or logisitical inconsistencies — it has to do with the fact that Wright loves himself a good lawsuit, a habit that strikes many as somewhat hypocritical for the supposed cryptolibertarian pioneer.

Libel love — Since declaring himself Nakamoto back in 2016, Wright has legally threatened multiple people attempting to contradict his assertion using all kinds of libel law loopholes... which doesn’t exactly track with the whole “Satoshi Nakamoto” ethos of anonymity and democratization.

Earlier this year, Wright even won a suit (via a default judgment) in the UK to have Bitcoin.org remove its hosting of the original cryptocurrency white paper on the grounds of copyright infringement. Again, this makes absolutely no sense from a pro-crypto philosophical or ethical standpoint. Unless, of course, the person doing the suing actually doesn’t give a damn about cryptocurrency’s whole point, and is simply trying to make a quick buck by capitalizing on various legal opportunities.

Plans to prove his identity — As The Guardian reports, however, Wright swears he’s going to prove once and for all that he really is behind the Satoshi Nakamoto moniker. Originally, Wright promised to transfer some of the first Bitcoin ever mined (thus proving his Nakamoto connection), but that has yet to materialize, for some strange reason. “The jury has obviously found that I am [Nakamoto] because there would have been no award otherwise. And I am,” he told Bloomberg. So, of course, that settles it...