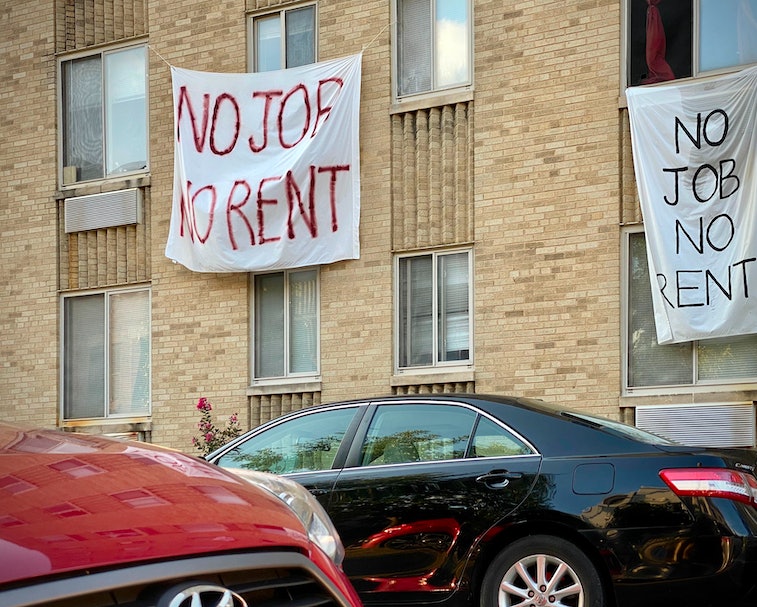 Big Tech has always talked a big game. For years, it has promised people utopian visions of a future where poverty, inequality, bias, displacement, and other forms of social and economic malaise are nonexistent. But when COVID-19 hit the world, these grand claims shattered right off the bat. Especially when it comes to housing during the COVID-19 pandemic economy, Wired reports, Big Tech's success sits in stark contrast to looming evictions and looks particularly obscene and jarring.

According to the report, at least 40,000 families in Silicon Valley are vulnerable to losing their homes. While companies like Zoom are making massive profits off the sudden surge in videoconferencing and lockdown-induced remote work, these people stand to soon lose access to some of the most basic human necessities: shelter, food, and privacy.

In the midst of this, some workers in the tech industry are trying to find a workaround to the problem by providing these people with accommodation — albeit temporarily — in empty offices. It's hard to say how effective this commercial-to-housing conversion could be since the zoning laws in California are notoriously stringent. But with enough creative troubleshooting and a good amount of civic pressure, these cities and their more affluent segments could help ease the pain of thousands of people and finally make good on those big promises. The same promises that drew many of the affected to the region originally, and which gradually made the cost of living in it so high.

Turning offices into apartments — In San Francisco, particularly, evictions have been a serious issue for years now. The executive director of the San Francisco Housing Action Coalition, Todd David, explained to Wired: "The affordability and displacement crisis is caused primarily by an underproduction of housing." It's been a debilitating issue since 2000, at least.

Offices that are now vacant due to the coronavirus, many of which aren't expected to welcome workers back until next year, can be converted into housing in the interim with enough incentive. Of course, doing so requires rethinking Californian zoning laws and grappling with the fact that most tech companies sign leases which stipulate the rented space is for business use only. So they have legal incentives to follow that rule to avoid the penalties that can be levied instances of violations.

But in such dire times, these companies and city officials should feel a moral obligation to help vulnerable people, including children, single parents, individuals with disabilities, unemployed people, and anyone else who risks finding themselves homeless in the months to come, and that number is growing.

Probably worse before it's better — Research from United States census data paints a troubling picture for the country: at least 30 to 40 million people in the United States could lose their housing in the next few months. This is because of poorly handled federal, state, and local protections around housing as well as rapidly expiring moratoriums on rent payments and the lack of stimulus payments from government combined with growing unemployment.

Companies like Slack, Amazon, and Salesforce are trying to address the issue, at least at the San Francisco level, which already had a serious homelessness problem before the pandemic arrived. But efforts need to go beyond Silicon Valley. These companies and their millionaire and billionaire owners can afford to step in and offer communitywide bailouts. This would be the optimal time to extend a helping hand. By turning these vacant offices, shopping malls, startup headquarters, and more into housing units, Big Tech, and public officials have a chance to redeem their image and, for a change, genuinely make the world a better place.