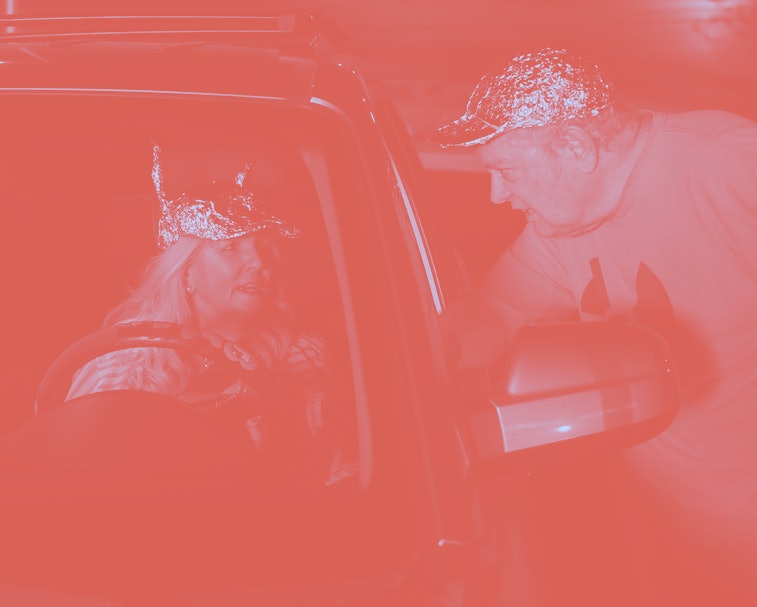 History will almost certainly look back at the United States’ response to the COVID-19 pandemic as an unnecessary and unmitigated disaster, especially when compared to the wealth and active resources available at its disposal. Contact tracing, for example, could be an incredibly helpful tool in the fight to flatten the curve of infection while also pinpointing virus hotspots. Unfortunately, Americans are apparently too afraid of 5G radiation waves and microchip implants to take part in it.

Paranoia beats pandemic responses — An investigation by Politico into the success rates of American contract tracing efforts found some extremely troubling, if completely unsurprising, results. Attempts to utilize the demonstrably effective means of understanding and slowing the spread of COVID-19 within the U.S. has been essentially sabotaged in large part due to the proliferation of baseless conspiracy theories involving QAnon subplots and government surveillance paranoia, as well as a presidential administration that all but encourage these and other horseshit claims.

Politico received statistics from 14 states and New York City regarding their attempts to engage the public over contact tracing. Of these locations, only two (Massachusetts and Vermont) have reported a majority of people agreeing to provide identities of family, friends, and acquaintances who may have been exposed to COVID-19. In California, for example, just 23.5 percent of those contacted for information between July 5 and 25 responded to officials. In Louisiana, only 17 percent responded since May 15.

Testers involved in attempting to persuade the public that contract tracing is actually in everyone’s best interest and vital to helping rein in an unnecessarily rampant pandemic here in the U.S. have been met with accusations of everything from being FBI and Deep State stooges to sinister communists. Those latter accusations were endorsed by a Republican candidate for Senate in Illinois, by the way.

A White House that couldn’t care less — Compounding the problem is the current administration’s response to the entire crisis… and by response, we mean their total and utter self-imposed shitstorm of ineptitude and denialism. While the White House appears to have provided Politico with a boilerplate statement in support of contact tracing, it only comes after months of squandering precious time and stoking the flames of distrust and active resistance towards any kind of effective preventative measures. What’s more, the Trump administration has all but entirely handed off measures like contact tracing to state governments, most of which simply don’t have the resources to quickly mount a public awareness campaign and bring on adequate numbers of testers to ensure safe and effective procedures.

To top it all off, even those who don't buy into the ridiculous conspiracies are unwilling to participate in contact tracing, as part of what's becoming known as "virus fatigue." “They don't want to have anything to do with the virus anymore and they say, ‘I'm tired of sheltering in place. I've lost my income. I don't want to help you anymore. I’ve helped you enough,’” Lori Freeman, National Association of County and City Health Officials' CEO, told Politico.

Like so many other facets of the Trump era, contract tracing’s implementation — coupled with Americans’ paranoia and misinformed opinions — was not only a total and abject failure, it was also avoidable.