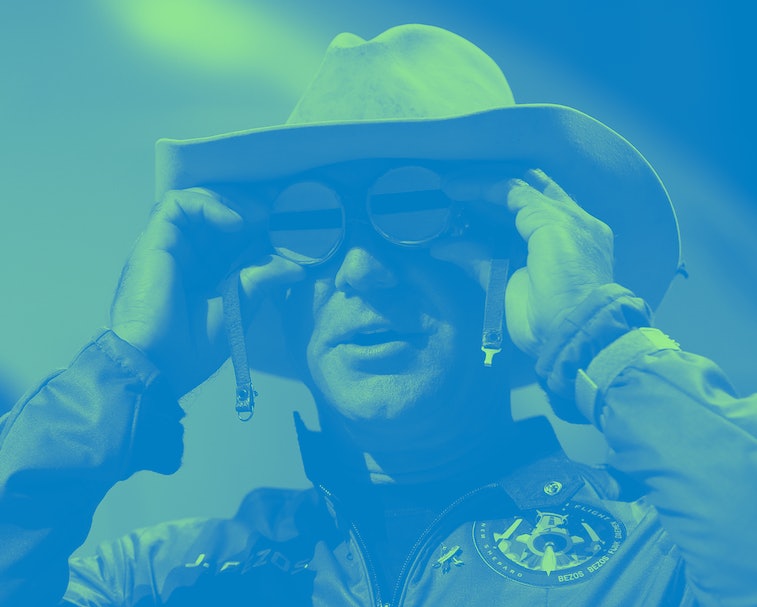 Not long after the world’s wealthiest man completed his 11-minute-joyride to the edge of the cosmos, a member of Congress introduced a new bill aiming to tax all future private space ventures on the basis of environmental concerns. This morning, Earl Blumenauer, a House Representative from Oregon, tweeted his announcement of the Securing Protections Against Carbon Emissions (SPACE) Tax Act, a potential law to levy taxes on anyone traveling for “purposes other than scientific research,” a spokesperson explained to Forbes.

“Space exploration isn’t a tax-free holiday for the wealthy. Just as normal Americans pay taxes when they buy airline tickets, billionaires who fly into space to produce nothing of scientific value should do the same, and then some,” Blumenauer said in an official press release. Blumenauer is proposing a 10 percent tax per person for flights between the altitudes of 50 and 80 miles, with a higher second-tier rate for any higher trips.

We wish Blumenauer and the bill’s co-signers good luck and godspeed on the SPACE Tax Act’s swift passage. It’s about time the wealthy get taxed for something, even if it’s just the occasional selfie in space.

However, that argument ignores the basic numbers of each hypothetical; a standard plane ride carries many, many more passengers than your soon-to-be (and sadly) standard Blue Origin or Virgin Galactic launch. They also travel far greater distances — hundreds or even thousands of miles compared to a suborbital launch’s 60-ish miles. Blumenauer’s spokesperson notes the result “is space launches accounting for an estimated 60-times greater emissions than transatlantic flights on a per-passenger basis, enough to drive a car around the earth and more than twice the carbon budget recommended in the Paris Climate Agreement.”

A genuinely necessary step — While the SPACE Tax Act might seem like a calculated PR move, addressing the oncoming emissions rates generated by these rocket launches is a serious concern for environmental advocates and anyone hoping our planet remains habitable for more than the next century or so. According to Rep. Blumenauer, Virgin Galactic reportedly hopes to soon begin private rocket launches every 32 hours — and that’s just one of the companies planning assuredly similar schedules. Those emissions are going to comparatively rack up, and fast. Abiding by the SPACE Tax Act sounds like the least these wealth hoarders can do.