“Amazon lied through a senior executive’s sworn testimony that Amazon did not use any of the troves of data it had collected on its third-party sellers to compete with them. But credible investigative reporting showed otherwise.”

U.S. House of Representatives' Committee on the Judiciary 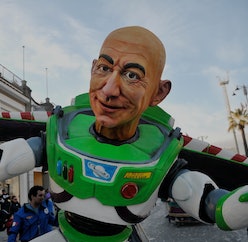 Over the past couple of years, it’s grown increasingly clear that Amazon, contrary to official statements otherwise, consistently snoops on third-party sellers’ private data in order to rip off rivals’ products. Not only that, but the Big Tech giant often manipulates search results to boost its own cloned wares to consumers in an effort to overtake the competition. After months of stonewalling Congress on this issue, it seems that lawmakers have finally had enough.

Earlier today, the U.S. House Committee on the Judiciary filed a letter to the Attorney General’s office urging the AG to open an investigation into Amazon’s shady, potentially illegal business practices.

“The Committee spent 16 months exercising this fundamental truth-seeking function to uncover facts about competitive conditions in digital markets, and Committee members have since proposed legislation to correct the problems uncovered by that investigation,” the document reads, referring to the recent, high-profile Congressional antitrust hearings. “Yet throughout this process, Amazon repeatedly endeavored to thwart the Committee’s efforts to uncover the truth about Amazon’s business practices. For this, it must be held accountable.”

Almost inevitable — It remains to be seen exactly how AG Merrick Garland’s offices will handle the matter, but, given the bipartisan support, Amazon is likely facing a huge legal headache in the coming days. Reining in Big Tech has long been a concern on both sides of the political aisle, albeit for differing reasons.

On the Left, many are concerned with companies like Facebook’s and Twitter’s predatory amplification of misinformation on social media to help drive traffic. Meanwhile, conservatives decry a stifling of free speech on these platforms, citing Big Tech’s supposed liberal bias. Although one of these things is clearly not like the other, it’s still proven to be one of the few areas everyone generally agrees needs addressing.

Refusal to admit reality — The House Committee appears particularly incensed by the situation because of Amazon’s continued efforts to wholly deny the issues, rather than correct past testimonies or provide corroborating evidence. In 2019, Amazon’s associate general counsel for competition informed Congress during a sworn testimony that Amazon “do[es] not use any seller data to compete with [third parties]. We do not use any of that specific seller data in creating our own private brand products.”

Of course, this quickly proved to be demonstrably false... which is sort of a big problem when you’re testifying to the contrary in front of the American government. Perhaps 2022 will finally be the year these corporations see the slightest bit of accountability. Perhaps.